Paul Casey claimed the solo lead going into the final round of the AT&T Pebble Beach Pro-Am in California, with Graeme McDowell eight shots adrift of the Englishman.

A consecutive 70 for McDowell saw him slip down the leaderboard in a round where had three birdies, but will be disappointed with his dropped shot on 16 as he ended seven under. 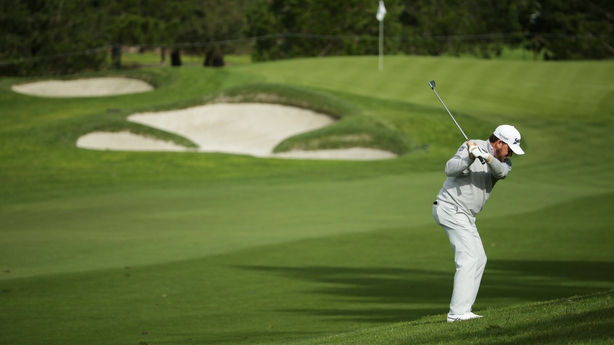 Casey, who won his first PGA Tour title since 2009 at the Valspar Championship in March last year, made gains on the fourth, seventh, ninth, 11th, 14th and 15th and had just one blemish on the sixth.

His closest competitor and four-time winner at this event, Phil Mickelson, moved to 12 under at Pebble Beach after mixing four birdies with four bogeys before taking advantage of the par-five 14th for an eagle to get to two-under for the day.

Americans Scott Piercy, with just one bogey at Spyglass Hill, and Lucas Glover, who recovered from two bogeys on his front nine to rattle off four straight birdies before the turn at Monterey Peninsula, were in the clubhouse on 11 under.

The final round will be played at Pebble Beach later today.