Justin Rose is heading for the final day of the Farmers Insurance Open three shots in front after carding a three-under third round of 69 that lifted him to 18-under overall.

The Englishman maintained the advantage he established on day two - although the Saturday was a decidedly more tricky affair for the world number one.

Rose began the day with a birdie on the first and another on the third, but wiped out the gains with a double-bogey on the par-four fourth.

The former US Open champion recovered some of the lost ground on the sixth with a birdie and an eagle on the ninth before the turn.

On the way back to the clubhouse he picked up shots on the 11th and 13th, but suffered another setback on the 14th with a second double bogey.

Rose picked up a shot on the 16th, but took another knock on the 18th with bogey on the par five. 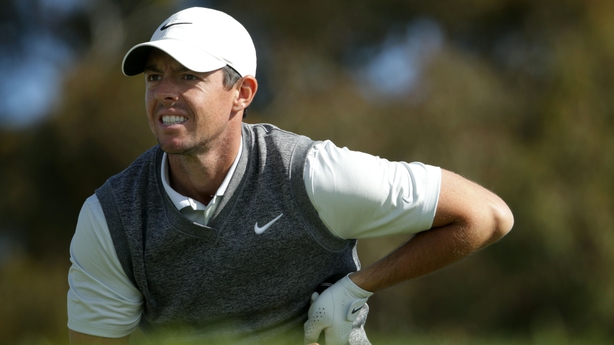 He will kick off the final day three shots ahead of Australian Adam Scott, who fired off the round of the day to rise into second on 15-under.

The seven-under 65 put him one ahead of Spaniard Jon Rahm, who stayed in third after going round in 68.

Rory McIlroy sits seven shots off the pace tied for sixth on 11-under after carding 69, while Scotsman Martin Laird is tied 22nd after completing the Torrey Pines course in 69.