Rory McIlroy will go head to head with Tiger Woods on the final day of the Tour Championship with his eyes on the prize, as excitement builds for a mouthwatering climactic battle.

World number one Justin Rose and McIlroy will both start the final round at East Lake in Atlanta three strokes behind Woods, who is in prime position to end a five-year drought since his 79th PGA Tour victory.

For all their achievements, 2013 US Open champion Rose and four-times major winner McIlroy know that beating Woods would be a career highlight.

McIlroy had his game face on as he contemplated the task ahead.

"All I can do is worry about myself," the Northern Irishman said.

"It's obviously exciting for the tournament, it's exciting for golf in general that he's up there but for me, all I can do is concentrate on myself.

"The game's hard enough without looking at other people. Go out there and take care of my business and hopefully that's good enough."

Rose played with Woods on Saturday but because McIlroy finished his third round before the Englishman, he gets to accompany the 14-times major champion in the final pairing on Sunday.

He knows the overwhelming majority of fans at the Tour Championship on Sunday will be cheering for Tiger Woods, so it might be a blessing that he will not be paired with the American in the final group. 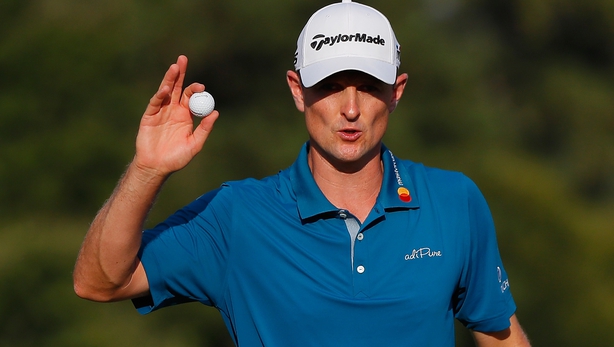 "It was crazy out there for sure, but it's fun," Rose said of playing with Woods.

"It's good to see him exciting the people. I think people maybe didn't realise they missed Tiger until now he's back.

"Now people really enjoy watching him play. And that's why everyone is rooting for him tomorrow absolutely, except maybe for the other guys on the leaderboard."

Rose will be playing not only for the victory but also the FedExCup, which is worth $10m to the winner of the season-long PGA Tour points race.