Rory McIlroy was pleased to be back in the hunt for a major title despite ultimately missing out at the Open at Carnoustie.

The former world number one, chasing his first major in four years, finished in a tie for second on six under, two shots behind winner Francesco Molinari.

McIlroy slipped back to three under early in his round but powered back into contention on a congested leaderboard, which included a rejuvenated Tiger Woods, with an eagle on the 14th.

McIlroy said: "It was great, just to be a part of it and hear the roars, Tiger being back in the mix - everything.

"There were a lot of big names up there and it was nice to be a part of it. For a while, I thought Tiger was going to win and my mindset was, 'go and spoil the party here'.

"It was cool, really cool. I have no regrets. I played the way I wanted to play this week and it gives me a lot of encouragement going into the final major of the year." 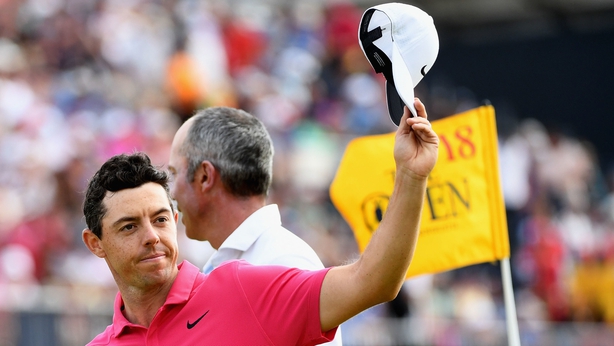 McIlroy was left to wonder what might have been after settling for pars on the last four holes but he feels his game is now in good shape.

The 28-year-old said: "I'm happy with how I played. I didn't get off to a great start, but I hung in there, and I battled back. Just sort of ran out of holes at the end.

"I'll look back at this week and be very encouraged about what I've done, and the golf that I played, and I feel like that will stand me in good stead for what's coming up."