Seamus Power made a fine start to the AT&T Byron Nelson Championship, where Australian Marc Leishman hit two eagles in a 10-under round of 61 to take a commanding three-shot lead

The Waterford man carded an opening round 66 to sit at five-under par, but Leishman made the running on day one.

Power carded six birdies and dropped just one shot, the par-3 second hole, to leave himself well positioned on the leaderboard.

Power wasn’t the only Irish player to hide his stride at Trinity Forest Golf Club, with 2010 US Open winner Graeme McDowell carding a 67 to sit tied for 23rd, with an eagle on the par-five seventh cancelled out by dropped shots on the 9th and 18th.

Padraig Harrington, meanwhile, is two under par after a round of 69.

Leishman set out his stall early - holing a short putt for three at the par-five first and notching up two birdies in the front nine to go four-under at the turn.

A trio of consecutive birdies followed and his second eagle of the day came at the par-five 14th from a 13ft putt.

Speaking after the round to The Golf Channel, Leishman said: "I didn't even think about 59, every other time I have been close to it I have thought about it.

A chasing pack of eight sit a shot behind that and tied for fourth, while Ireland's Seamus Power is at five-under with 11 other players. 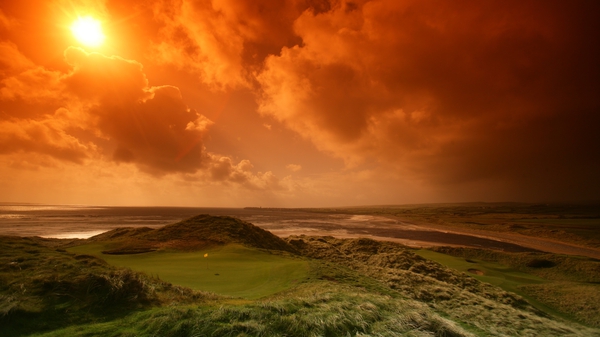 Irish Open 2019 will be in Lahinch