A blemish-free third round 67 means Paul Dunne will head into the final round of the China Open just two shots adrift of joint-leaders Adrian Otaegui and Matt Wallace.

The Greystones native carded a second round 68 to put himself back into contention, but went one better in the third round on his way to a five-under par round of 67, which included five birdies and not a single dropped shot.

Dunne is joined by five others at 10-under, with Jorge Campillo, Julien Guerrier and Sweden’s Alexander Bjork all one shot off the lead.

Spaniard Otaegui, who also shot 67, and English golfer Wallace are the men to catch however as they sit top of the standings at 12-under par.

Wallace did not even have full playing privileges when he won in Portugal last May but he has since added the Hero Indian Open to his trophy cabinet and a 69 on Saturday saw him get to the top of the standings.

Wallace made a brilliant up-and-down from over the back of the driveable 15th to lead on his own but a bogey on the 17th after a poor drive left him in a share of top spot.

"Again it was frustrating but I'm playing really good golf so there's not much else I can do," he told europeantour.com.

"I'm playing really nicely, I'm hitting it long and straight and if I do that tomorrow I'll have a few chances at birdie. We're tied for the lead so I'm pretty happy." 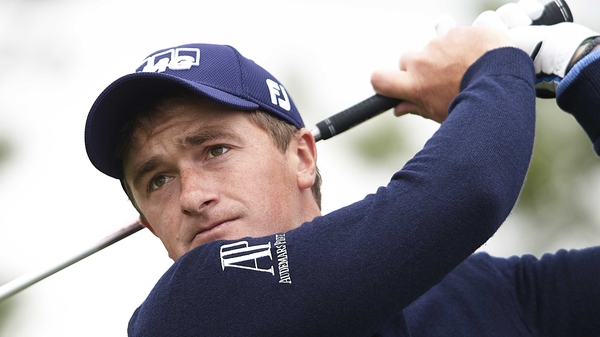 Paul Dunne four off the lead in China