Graeme McDowell was best of the Irish after carding an opening-round 69 at the Genesis Open at Riviera Country Club to sit three shots adrift of joint-leaders Patrick Cantlay and Tony Finau.

Rory McIlroy is two shots further back after an even-par 71 in California, one better than playing partner Tiger Woods.

McIlroy failed to make the cut at last week's AT&T Pebble Beach Pro-Am but, playing alongside Tiger Woods and Justin Thomas, birdied the first from a bunker on his way to a level-par round.

Former world number one Woods started with a birdie at the 10th after a neat wedge approach and well-judged putt, but dropped three shots over the next two holes.

He pulled shots back at 13 and 17, either side of a bogey at 15, and a birdie at the first was followed by bogey at the fifth.

A bogey-birdie-par finish meant a score of one over par and a steady start to the event in California.

The only blot on McDowell's copybook was a bogey at 13 and he is in a strong position going into the second day.

Padraig Harrington was level with McIlroy on even-par. The triple-Major winner eagled the first before hitting three bogeys and a birdie over the next 17 holes.

Shane Lowry also started with a birdie but that was as good as it got as he finished on 73.

Day one, however, went to Cantlay and Finau. Finau had four birdies in his first five holes, making just one bogey on the par-three fourth hole.

Cantlay, returning after a long-term injury, himself shot a bogey on the fourth, but recovered with six birdies in total, including a 31-foot putt on the par-four seventh hole.

Round one was later suspended due to darkness with 13 players yet to finish. 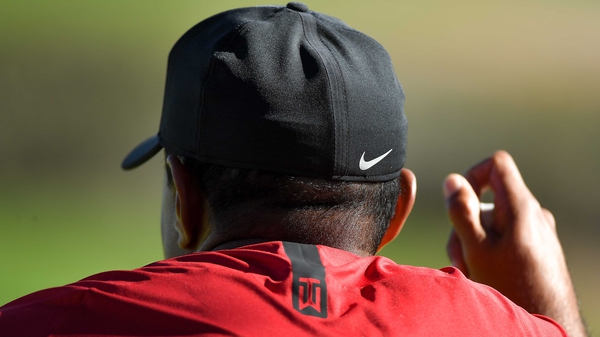 'It's winning time' - Tiger has his game face on