Tiger Woods declared himself highly satisfied after making an encouraging start to his latest eagerly anticipated injury comeback in the Hero World Challenge.

Woods has started just three events since August 2015 and withdrew from his most recent tournament in February in Dubai after an opening 77.

The 14-time major winner subsequently underwent spinal fusion surgery in April, his fourth back operation in the space of three years, but for the second year in succession has returned to action in the Bahamas.

Former world number one Woods is currently ranked 1,199th and began the week a 40/1 outsider in the 18-man field, in what is not an official PGA Tour event but does carry significant world ranking points.

"For me, I thought I did great."@TigerWoods breaks down his first competitive round back in 10 months. pic.twitter.com/18n8WFHbLR

And those odds looked somewhat generous as Woods carded an opening 69 at Albany to lie three shots off the lead held by European number one Tommy Fleetwood. 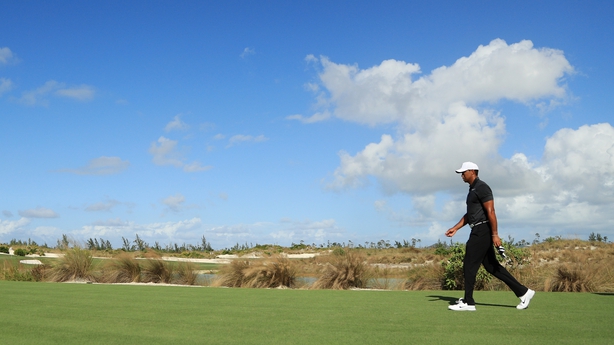 "For me I thought I did great," Woods told the Golf Channel. "I hadn't played in a while after some of the difficulties I've been through.

"To come out here and score like I did, that was nice. It was fun to get out there and actually be part of a scorecard again.

"I didn't know what I could do. I've been playing a lot of holes at home but it's a little different when you've got to tee it up in a tournament.

"I had a lot of adrenalin going there. I was hitting the ball a little bit longer than I normally do and had to dial it back a little bit. Those are the internal struggles I haven't been through as a player for a while.

"It was not only nice to get that first round out of the way, but I'm only three shots out of the lead."

Making the 10th comeback of his career after an absence of 10 weeks or more, Woods needed a fortunate bounce to keep his opening tee shot on the fairway before pitching to 12 feet and narrowly missing the birdie attempt. 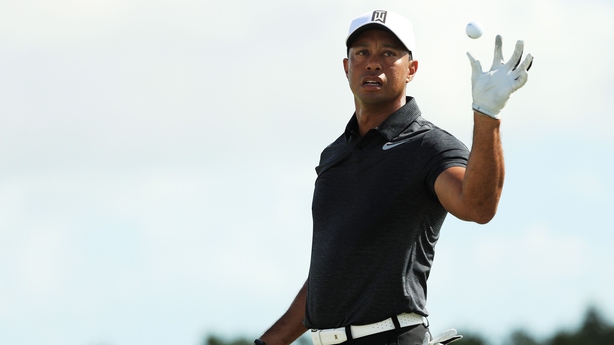 A birdie chance from similar range went begging on the par-three second, but Woods moved into red figures in style on the par-five third, drilling a two-iron from 265 yards on to the green and two-putting from 45 feet.

"Dude, I just put this thing on a rope. That felt good," Woods added.

After 300 days without a competitive round it was no surprise to see signs of rustiness with a duffed chip from short of the fourth green, but the 41-year-old holed from 15 feet for par and celebrated with a trademark fist-pump.

Three more pars followed before Woods holed from 25 feet for birdie on the eighth, although another duffed chip on the par-five ninth led to a first bogey of the day after reaching the edge of the green in two.

Woods admitted in his pre-tournament press conference that he still harbours ambitions of being able to remind his kids and a new generation of rivals that he is more than "the YouTube golfer".

We missed you. #TheTakeaway pic.twitter.com/9IKUz6rYTC

And he bounced back superbly from that disappointing end to the front nine with birdies on the 10th, 13th and 14th, before a wild tee shot on the next led to a penalty drop from a bush and a second bogey of the day.

Fleetwood, who will stay in the Bahamas to get married next week, carded six birdies in a flawless round to claim a one-shot lead over Rickie Fowler and Matt Kuchar, with Justin Rose, Jordan Spieth, Dustin Johnson and Kevin Chappell on four under.

"I hit it really nice, drove it well and was solid on the greens," Fleetwood said. "I felt comfortable with my swing from the get-go and bogey-free is always good.