Séamus Power was two shots off the lead with two holes remaining when play was suspended for the day at the Sanderson Farms Championship.

The 30-year-old followed his opening 68 with five birdies against a single bogey over the 16 holes he was able to complete at CC of Jackson.

Power - who was well placed on the 17th fairway when the hooter sounded - lies two shots off leader Ryan Armour, with the American having completed a 68 for a 10 under halfway total.

With the top 50 in the world eligible to compete in the WGC-HSBC Champions in China, the top ranking player in the field is world number 75 William McGirt, who sits tied for 34th on three under.

Armour is a shot clear of South African Tyrone van Aswegen, who enjoyed a round of 65. Former US Ryder Cup player Vaughn Taylor is level with Power after carding a 66.

Power was the only player with holes remaining who looked likely to challenge Armour for the halfway lead. 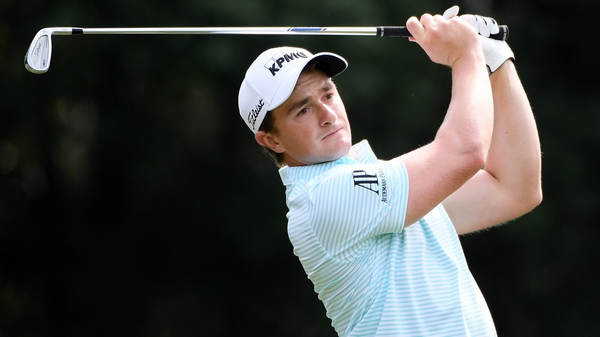