Defending champion Francesco Molinari is in a six-way tie for the lead after the first round of the Italian Open.

The home favourite carded nine birdies and two bogeys in a sparkling 64 to delight the Milan crowd.

George Coetzee and Byeong Hun An lie a shot further back, while Masters champion Sergio Garcia and English duo Matt Wallace and Chris Paisley are among eight players tied on five under.

Paul Dunne is the best of the Irish on four under after a 67 that included six birdies, while Shane Lowry and Graeme McDowell also had solid starts - they both posted 69.

However, Padraig Harrington (73) will have to hope for a big improvement tomorrow to have a chance of making the cut. He hit an eagle on the 14th (his fifth) but a triple-bogey seven on the penultimate hole left him near the foot of the leaderboard. 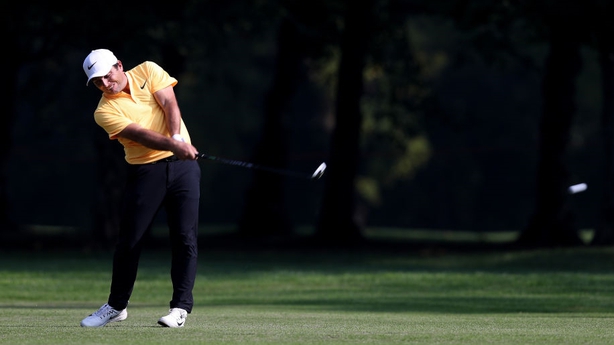 Starting at the 10th hole, Molinari registered a hat-trick of birdies from the 14th which he capped by draining a brilliant 20 footer at the 16th.

He finished his front nine in style, chipping in for a birdie at the 18th to get to five under before picking up further shots at the first and second.

Molinari told the European Tour website: "Obviously it was another good day. I started pretty much where I left off last year, so it was great.

"It's great to see the crowds. I think there's a nice buzz around the place and I'm happy and proud to be part of it."

A high-profile three-ball saw the top three in the Race to Dubai, Tommy Fleetwood, Garcia and Jon Rahm, teeing off together.