Rory McIlroy already has one eye on next season after a third year without a major title was effectively confirmed in the US PGA Championship.

McIlroy came into the week as the pre-tournament favourite on the back of top-five finishes in his last two starts and a brilliant record at the host venue of Quail Hollow.

The 28-year-old won his first PGA Tour title here in 2010, lost out to Rickie Fowler in a play-off in 2012 and stormed to a seven-shot victory in 2015, which included a course record of 61 in round three.

However, changes to several holes and a switch to bermuda rough and greens have not suited the world number four, whose last major title came in the 2014 US PGA at Valhalla.

A third round of 73 not only left McIlroy four over par and a shot behind Open champion Jordan Spieth, but also 13 behind leader Kevin Kisner who still had four holes remaining.

Asked how far away he was from his best after a year which has included injury, a change of equipment, his wedding and a split from long-term caddie JP Fitzgerald, McIlroy simply replied: "Looking forward to 2018."

After a week off, McIlroy plans to play in all four FedEx Cup play-off events as he attempts to retain the title - and 10million US dollar bonus - he won last year. 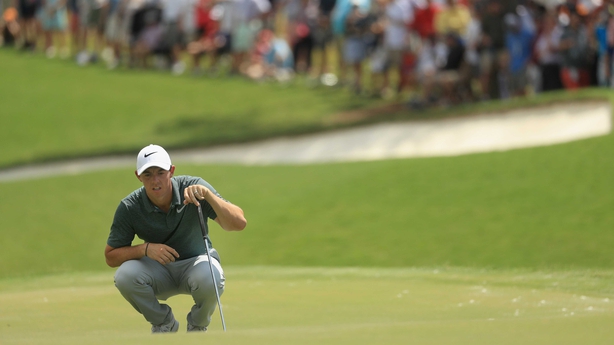 Speaking about a round containing five bogeys and three birdies, McIlroy added: "It's playing tough. You get off to a bad start, two over through five, and are then putting pressure on yourself to birdie the birdie holes, the seventh, eighth, 10th.

"After playing practice rounds I felt like there was a decent one out there. The way the conditions have been the last three days, I haven't seen a low score out there for me.

"I definitely haven't driven the ball well enough the last few days to give myself chances for birdies and build a score. So I just need to hit some more fairways tomorrow.

"(It was) not really frustrating because maybe if I had got myself a little bit up the leaderboard and then faltered at the end or whatever, it was just a day where I stood still."

Spieth conceded he faces a massive task just to complete a career grand slam after seeing his chance to become the youngest to do so disappear.

The 24-year-old needs to win the US PGA to join Gene Sarazen, Ben Hogan, Gary Player, Jack Nicklaus and Tiger Woods in having won all four majors.

Victory this week would have seen him surpass Woods as the youngest member of that exclusive club, but a third round of 71 left him well off the pace.

"I didn't have it written in a diary from when I was young that I need to win a career grand slam as the youngest ever. That wasn't the goal," Spieth said. 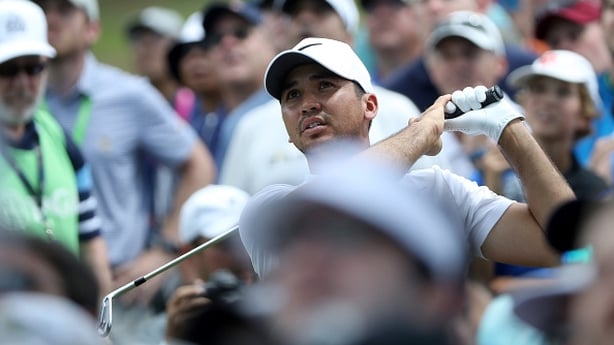 "The PGA Championship I think is going to be the toughest for me. If we look historically back on my career, I think I will play this tournament worse than the other three majors just in the way that it's set up.

"I feel like my game truly suits the other three majors maybe more than a PGA Championship. But I believe we can play anywhere and can win anywhere. It's just a matter of having everything in sync at the right time."

At the top of the leaderboard, two birdies and one bogey in 14 holes was enough to give Kisner a one-shot lead over compatriot Chris Stroud, with Japan's Hideki Matsuyama two shots further back.

Former champion Jason Day had started the round just two shots behind, but had fallen six back after a double bogey on the 12th and a bogey on the 13th.