Rory McIlroy will tee off alongside World No. 1 Dustin Johnson and 2011 US Masters champion Charl Schwarzel in the opening two rounds of the 146th Open Championship at Royal Birkdale this week.

McIlroy enters this year's British Open on the back of three missed cuts in the past four weeks and is still without a win in 2017 as he attempts to reclaim the title he won at Royal Liverpool in 2014.

The high profile trio off on Thursday at 2.48pm.

Meanwhile, Padraig Harrington, the winner the last time the Open was held at Birkdale, tees off beside American Pat Perez and Ryder Cup star Thomas Pieters at 9.36am.

Harrington might have won at the Scottish Open last weekend but for a wretched 79 in the third round. A final round 66 brought him back to -8, only five shots off the 72-hole score of eventual winner Rafa Cabrera Bello. 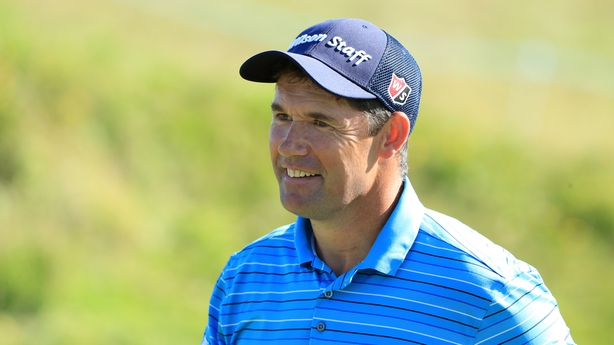 Defending champion Henrik Stenson will get his title defence under way at 9:47am in the same group as two-time major winner Jordan Spieth and South Korea's Si Woo Kim, who won the Players Championship at Sawgrass in May.

Stenson was pessimistic about his chances despite a closing 68 in the Scottish Open on Sunday, after which he was asked if he could emulate Harrington in winning back-to-back Open titles at Birkdale.

"I think we're hoping for a lot in terms of what we saw this week," the 41-year-old said. "We certainly need to step that up quite a lot if we want to have anything to do with it next week.

"There's always a chance and I'm going to enjoy the week. You never know, it might be the only time we're defending champion at the Open Championship so I might as well enjoy it."

Shane Lowry, who also finished in the top ten in Royal Liverpool, tees off alongside Brandt Snedeker and JB Holmes at 10.20am.

Irish Open winner Jon Rahm has been paired with Patrick Reed and Lee Westwood at 2:59pm, with 2013 champion Phil Mickelson, Francesco Molinari and Marc Leishman in the group behind.

Former champion Mark O'Meara will hit the first shot of the tournament early on Thursday morning.

O'Meara, who won the second major of his career when the Open was staged at Birkdale in 1998, will tee off at 6:35am alongside fellow American Ryan Moore and England's Chris Wood.