Shane Lowry has talked up the importance of Irish camaraderie to ride the unforgiving waters of pro golf and shared his desire to see more young players from the Emerald Isle make the breakthrough.

Lowry signed off with a terrific 66 at last weekend's Irish to finish on 12-under for the tournament, a shot behind the best home performer of the week Gavin Moynihan, who hit a superb climactic 64 to finish on 13-under.

Offaly man Lowry was hugely impressed with his compatriot's performance.

"It's great to see what Gavin did last week," Lowry told RTÉ 2fm's Game On.

"I was on the 16th tee on Sunday when he was on the last green and I watched his putt. It was great. We've all been there as professional golfers, we've had big putts.

"When you see someone do that it shows they have balls and they have what it takes to get to the next level."

Lowry famously won the Irish Open as an amateur back in 2009 and turned pro soon afterwards.

He said the tradition of Irish players sticking together is still alive and well, and revealed he makes a special effort to keep Paul Dunne [below] company when they hop around the globe. 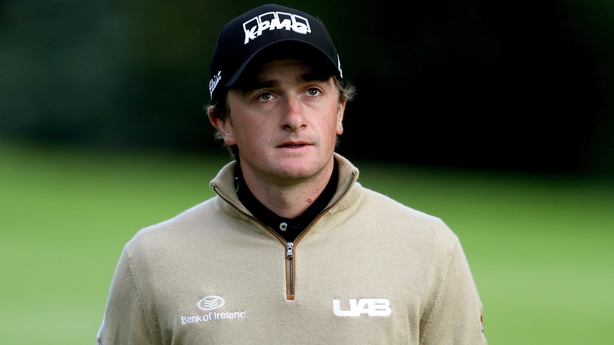 "I was very lucky. When I turned pro there was a lot of Irish guys out on tour. Gary Murphy took me under his wing. He was very good to me starting out because it's a lonely place out there.

"When Paul [Dunne] turned pro and came out on tour, no matter tournament I'm at with him I make sure to look after him, and make sure he's not on his own. When the Irish lads come out we tend to look after each other, and that's the way it's been forever.

"There's probably two main tours in the world: the European Tour and the PGA Tour. 156 guys tee it up every week, which is not that many when you take in how many people play professional golf.

"You just have to wait, work hard, and keep doing what you believe in. I use the example of myself and Seamus Power. Myself and Seamus played all our amateur golf together, we were on all the teams together, we've both went different ways and now we've ended up in the same place, on the PGA Tour.

"It's great to see young Irish lads doing well. I'd love to see a few more out on tour."