McIlroy's comments on the decision to cut down heavy rough at Erin Hills came back to haunt him as he struggled to an opening 78 in the 117th US Open.

Tall fescue grass on the fourth, 12th, 14th and 18th holes was being cut on Tuesday as McIlroy gave his pre-tournament press conference, which caught the 2011 champion by surprise.

"Really?" an incredulous McIlroy said. "They're the widest fairways we've ever played in a US Open. You've got 156 of the best players in the world here. If we can't hit it within that avenue, you might as well pack your bags and go home."

Unfortunately for McIlroy, he might well be doing just that on Friday afternoon, the 28-year-old following an eagle on the second - where he drove the green on the 330-yard par four - with four bogeys and double bogeys on the 15th and 17th.

McIlroy, who hit just five fairways to tie for last in the 156-man field in that category, said: "I don't think I hit a fairway from the 10th and you cannot play this golf course if you are not in position off the tee. I obviously paid the price today.

"The fairways should be wide enough for me to hit, it was just one of those days"

"The fairways should be wide enough for me to hit, it was just one of those days. A bit of rust and my timing was just a little bit off. I started missing some left and tried to correct it and missed a couple right.

McIlroy won the US Open with a record 16-under-par total in 2011, but was a combined 50 over par for his seven other appearances before this week and missed the cut at Oakmont last year following rounds of 77 and 71.

The 28-year-old has played just six times this year due to a rib injury but added: "That was fine. I was hacking around in the rough and did not feel it once.

"I feel like I'm capable of a low score on Friday, I just need to get the ball on the fairway and give myself some chances for birdies. That just wasn't the case today.

"I didn't play the par 5 particularly well today either.

"There were a lot of things I could have done better. I just have to go out tomorrow and try to rectify those." 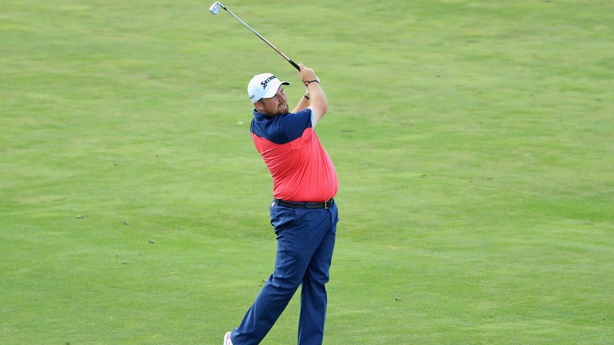 Shane Lowry is the best placed of the Irish after finishing with a birdie to card a one-under 71, six behind leader Rickie Fowler.

"I would have felt very hard done by to have only shot even par out there," he told RTÉ Sport.

"There's no tournaments won on a Thursday. But it's nice to shoot a decent score.

"I'm very happy with one under, even though the scoring is quite good out there.

"But we know it's the US Open and they're going to do something to bring that back. I think there are storms forecast in the afternoon, which could make it play soft for the afternoon groupings, whenever they get out.

"I did feel a bit of expectation this week, from myself as well because I feel like I'm playing so well

The Offaly man, who has finished in the top 10 at the last two US Opens,  said he was coping well with the pressure increased expectations bring.

"I'm going to get out in the morning and keep doing what I'm doing. I drove the ball lovely today, apart from eight.

"I did feel a bit of expectation this week, from myself as well because I feel like I'm playing so well.

"There have been times in the past where I've had great practice rounds and not gone out and done the business so it was nice to do it there today.

"I felt very comfortable out there.