Ryder Cup hero Jamie Donaldson, who has recorded just one top-10 finish in the last 17 months, carded an opening 69 to lie a shot off the lead in the Nordea Masters.

Donaldson fired four birdies in a flawless round at Barseback Golf and Country Club in Malmo, where Italy's Renato Paratore and England's Max Orrin shared top spot on five under.

Open champion and Barseback member Henrik Stenson birdied two of his last five holes to card a level-par 73 which was matched by defending champion Matt Fitzpatrick, while BMW PGA Championship winner Alex Noren struggled to a 75. 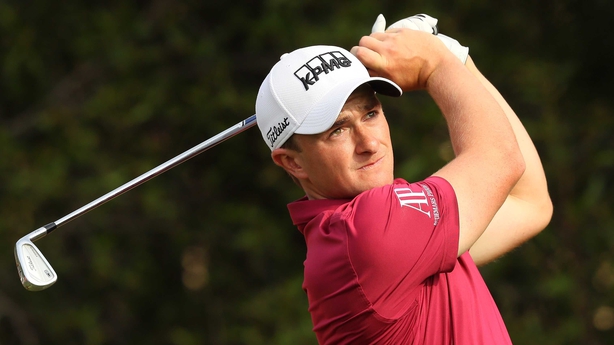 Paul Dunne is the sole Irish representative at the tournament but endured a tough day, with two double bogeys and two bogeys leaving him on five-over.

Donaldson reached a career high of 23rd in the world in 2014, the year in which he secured the winning point as Europe defeated the United States at Gleneagles to win a third successive Ryder Cup.

However, the 41-year-old has struggled for form and fitness since winning the Thailand Golf Championship in December 2015 and was lucky to escape serious injury to his left hand the following month after an accident with a chainsaw while gardening.

Donaldson has missed the cut in five of his nine events in 2017 but after starting his round from the 10th with eight straight pars, the world number 256 birdied the 18th, first, second and ninth to share second place with fellow Welshman Bradley Dredge.

"I've been playing okay recently but I just haven't been getting much out of my rounds even when I've been playing nicely," Donaldson said. "I've had a few injuries but I'm happy with how I'm feeling now and how I'm playing.

"It was cold early doors and blowing so I was happy with a 69 in the end. You've just got to try to control your golf ball out there and take advantage of holes playing downwind."

Orrin recovered from a double bogey on the second to post the best score of the afternoon starters, the European Tour rookie carding seven birdies to join Paratore at the top of the leaderboard.

"It was tough out there, a lot of swirling winds which made it difficult judging clubs, but I managed to put a good score together in the end," the 23-year-old said.

"I've been playing well and came close in the US Open qualifier on Monday so I'm really enjoying being out here at the minute."

Dredge matched Donaldson's score thanks to five birdies and a solitary bogey as he continued the good form which saw him secure his US Open debut at the age of 43 at Walton Heath.

"I had been playing well for a bit but just not scoring as well as I would have liked," Dredge said. "I've been hitting the ball well so you just need to be patient with it.

"It's my first US Open in all of these years so I'm really looking forward to it. It will be an interesting challenge."

Stenson admitted his off-course obligations were taking their toll, adding: "I feel like I'm on a bit of a PR tour. I have a lot of things to do.

"But while we're inside the ropes we try to focus on golf. I'm still not 100 per cent happy with my game. I've got a couple of things to work on and hopefully we can step it up a bit as the week goes on.

"It was nice to finish with a birdie. I made about a 12-footer on the ninth there to finish the day level and I'm not in a super-bad position so hopefully it can improve from here."