John Mullane believes Tipperary will "go up another gear" to see off Wexford this weekend and set up a Division 1 hurling final against Galway, who take on Limerick.

In the Allianz League semi-finals on Sunday Galway and Limerick are first up at the Gaelic Grounds at 2pm, while Tipperary and Wexford do battle at Nowlan Park with a 4pm throw-in.

And while the former the Waterford star has praise for all four teams involved, Mullane thinks Tipperary and Galway will prove too good for their opponents.

Mullane, relishing the meeting for Wexford and Tipp, told RTÉ Sport: "It’s a real mouth-watering game to look forward to. There’s going to be a massive crowd expected in Nowlan Park – a fantastic venue to host this game.

"Wexford under Davy (Fitzgerald) have been very good. I was at the game last day against Kilkenny and they were very impressive and there’s reasons for the Wexford supporters to be excited by this young team.

"Tipperary for are the team that everyone’s going to have to beat. Whether it’s going to be the National League or the Munster Championship or the All-Ireland"

"But all be it, they’re coming up against the All-Ireland champions at the weekend... it’s going to be a difficult test for them."

Fitzgerald’s Wexford have been the surprise package of the season so far, sealing promotion from Division 1B thanks largely to the impressive victories over Limerick and Galway in their first two games of the campaign.

Excitement levels on Slaneyside were then ratcheted up to the maximum following their first League victory over Kilkenny at Nowlan Park in 60 years in the quarter-finals.

And Mullane praised the work of former manager Liam Dunne, which has been built on impressively by Fitzgerald.

"I think you’ve got to give great credit to Liam Dunne. He laid great groundwork there in the last couple of years," he said.

"But there’s no better man that Davy Fitzgerald to come in and up the ante and that’s most certainly what he’s done and he’s had some fantastic results."

As for the result on Sunday? Mullane sees only one winner.

He continued: "Tipperary are the team that everyone’s going to have to beat. Whether it’s going to be the National League or the Munster Championship or the All-Ireland.

"They’ve got what they wanted out of the League. They’ve tried out a few players week-to-week, but I think they’re going to go up another gear at the weekend.

"Michael Ryan will pick a strong 15 and I think it will be good enough to get them over the line by possibly three or four points."

Meanwhile, Limerick and Galway re-grouped after their defeats to Wexford and now find themselves one step away from the decider.

Galway saw off a strong Waterford challenge down at Pearse Stadium, while Limerick surprised many with victory in Cork. And despite the match taking place in Limerick, Mullane sees the Tribesmen progressing, although in a close contest.

The five-time All-Star continued: "Galway were slow out of the blocks against Waterford for the first 25 or 30 minutes, but they finished very strong. 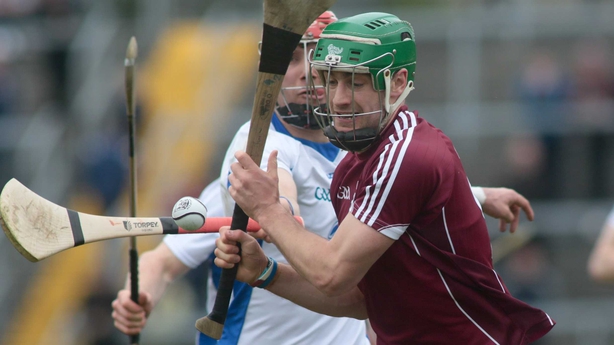 "I would keep an eye on Galway through the end of this League and the Championship.

"They’ve got what they wanted out of it, Division 1B was tough – who would have foreseen that Limerick would have went down to Cork and won?

"Both teams are getting another game under their belt, but if I was to pick a winner of the two teams, I think Galway will just about see off Limerick and set up a final against Tipperary."

Listen to live coverage of the Allianz Hurling League semi-finals on RTÉ Radio 1's Sunday Sport, watch highlights on Allianz League Sunday on RTÉ2 at 9.30pm and follow our live blog on RTÉ.ie and the RTÉ News Now App