Padraig Harrington believes Sergio Garcia was an ungracious loser during their major duels in the past, but says he was delighted with the Spaniard's emotion after winning the Masters in a dramatic play-off.

At the 74th attempt, Garcia finally got his hands on a major, but only after a play-off victory over Justin Rose in an absorbing finale at Augusta National.

The Spanish player went close in 2007 and 2008, but was thwarted by Harrington at both the Open and the the US PGA Championship the following year, where Garcia again surrendered a lead to the Irish man.

Later that year, Harrington said the pair had "zero in common" and the fractious relationship is believed to have begun over a rules row with Jose Maria Olazabal.

"I’m very strong on the etiquette of the game so I don’t tolerate people spitting in the hole, throwing their shoes or their golf clubs"

Speaking on 2FM’s Game On programme, Harrington said that Garcia benefited from playing the final round with someone he clearly had a good relationship with.

"There would have been a danger, if we were playing each other, that we’d both pull each other down," Harrington told listeners.

"Myself and Sergio have been on tour pretty much as long as each other. We would have been opposites.

"His is a very flamboyant game, everything comes easy. There were periods when he never practiced.

"We were such opposites...I worked at it, grinded it out, got the best out of it.

"I’m very strong on the etiquette of the game, so I don’t tolerate people spitting in the hole, throwing their shoes or their golf clubs. That would be my attitude. That would be quite clear from where I came from.

"Then we would have went into the majors, and obviously I beat him. I gave him every out I possibly could have at the 2007 Open.

"Clearly, after that, we have had a very sticky [relationship]," Harrington said, adding that Garcia was a bigger star than performer for a period of his career. 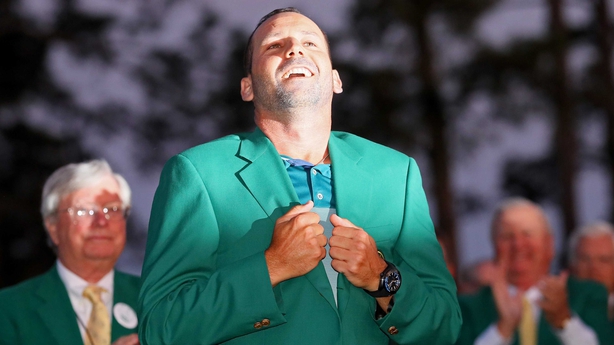 Harrington, who was working with Sky Sports during the tournament, says that while the pair say hello through "gritted teeth", he was pleased that the win meant so much to the 37-year-old.

"The Ryder Cup improves it no end, but we say hello to each other every day we meet, but it’s with gritted teeth. There’s no doubt about it.

"It’s just one of those things...we’re rivals.

"I was delighted to see the emotion on the 18th green. Anybody watching that has got to feel for him. You could see in that moment in time that he has paid his dues."

The three-time major winner believes that runner-up Justin Rose mentally took the foot off the pedal, which was intimated by the player himself speaking to reports after the final round.

"I was amazed he actually said it, he felt he has it won," he said.

"There’s nothing worse in sport than when you have an intensity and you let yourself down from that.

"Obviously, he continued to played well, but I think he’ll look back at the misses on 11, 12, 13, the short putt on 17, and ultimately it could have been within his own power to win that tournament and not let it come down to the dying seconds." 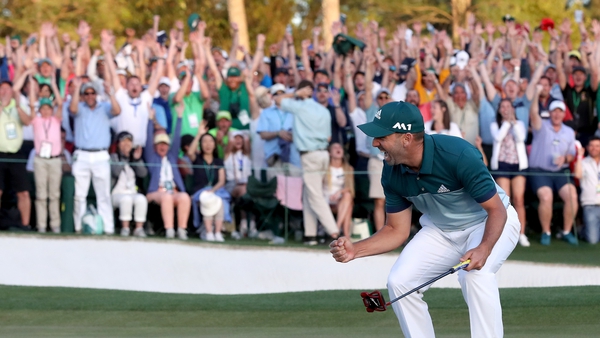 Emotional Garcia joins his hero Seve as a Masters champion