Shane Lowry and Rory McIlroy have both put themselves in contention on an eventful opening day of the Masters, but red-hot Charley Hoffman is the man to catch after a first round 65 at Augusta National.

With swirling winds gusting up to 35mph birdies were hard to come by for the majority of the field, though both Irish golfers displayed composure to get around in rounds of 72 respectively and finish the day level par, seven shots adrift of the American.

Hoffman, who had never led a round at a Major, birdied eight and nine, and four of the last five and takes a four-shot lead into the second day of play, ahead of William McGirt (-3) and Lee Westwood (-2).

The Las Vegas-based 40-year-old holds the largest first-round lead in the Masters since 1955, which began with Dustin Johnson withdrawing just moments before he was due to tee off.

The world number one and US Open champion failing to recover from a back injury suffered in a fall at his rented house on Wednesday.

Lowry began his day with a bogey, followed by a birdie, and that pattern continued and didn't record his first par until the seventh hole.

A birdie at the next moved him under par, achieved in the main by superb driving and controlled iron play. 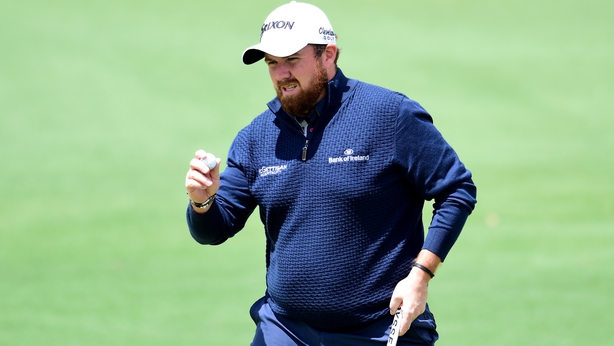 A birdie at the par-5 13th hole gave Lowry a tie for third, but a poor pitch at 15 led to a bogey. That was compounded by another dropped shot at 16, but the 30-year-old steadied the ship to join seven players on level par.

One of those is McIlroy, who found the going difficult from the outset, dropping shots in two of the first three holes and battling throughout to save pars.

By the turn he was three-over par, but as the wind eased somewhat, he fought his way back into contention.

A wayward drive at 15 looked like it could cost him another shot, but a brilliant approach laid the foundation for a birdie, while he went close to a hole-in-one at the following hole as the resurgence continued.

A controlled chip at 18 helped to secure a battling round of 72.

Westwood, who finished runner-up to Willett last year, led a strong European challenge on two under after five birdies in a row from the 13th in his 70, with compatriots Andy Sullivan, Matt Fitzpatrick and Justin Rose all one under.

Lowry tees off at 3.12pm Irish time on Friday, while McIlroy gets his second round underway 12 minutes later. 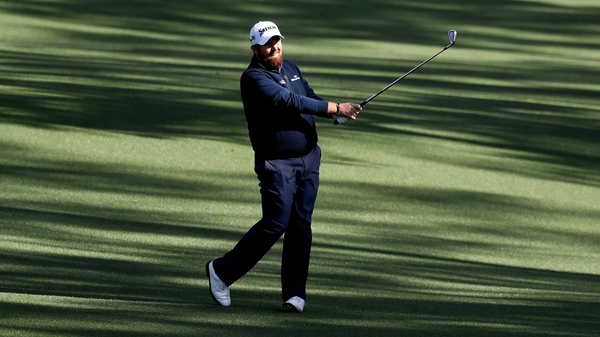