The tee timings and groupings for the first two rounds of the 2017 Masters have been made.

Shane Lowry will get his second outing at Augusta underway at 6.19pm Irish time on Thursday where he will play with Sergio Garcia and Lee Westwood for the first two days of action.

Rory McIlroy, aiming to become the sixth player to complete the career grand slam, tees off 22 minutes later, where he will be alongside Japan’s Hideto Tanihara and Spanish golfer Jon Rahm.

World number one Dustin Johnson faces a lengthy wait before beginning his bid for a fourth straight victory and a second major title at the iconic course in Georgia.

Johnson will be the penultimate player in the 94-man field to hit his opening tee shot at Augusta National after being drawn in the final group at 2.03pm (7.03pm BST) local time.

The US Open champion, who has finished sixth and fourth in the last two years, will partner two-time Masters winner Bubba Watson and US PGA champion Jimmy Walker in the opening two rounds of the year's first major.

Gary Player and Jack Nicklaus will act as honorary starters at 12.40pm Irish time, with Masters officials opting not to bring in a replacement for the late Arnold Palmer, who performed the role from 2007-2016 before his death last September.

American Russell Henley, who was the last man into the event by virtue of his victory in the Shell Houston Open, is in the first group out in the tournament proper at 1pm alongside compatriot Daniel Summerhays. 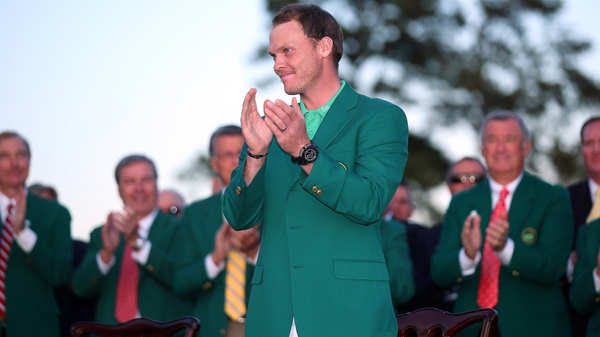