Adam Hadwin became only the eighth player to break 60 on the PGA Tour as a stunning 59 gave the Canadian a one-shot lead at the CareerBuilder Challenge in California as Seámus Power slipped down the leaderboard.

Two of the eight rounds of 59 in PGA Tour history have now come in the last 10 days after Hadwin followed Justin Thomas' effort in Hawaii last week with a 13-under-par total at LaQuinta CC.

That moved the 29-year-old to 17 under and vaulted him 44 places up the leaderboard. 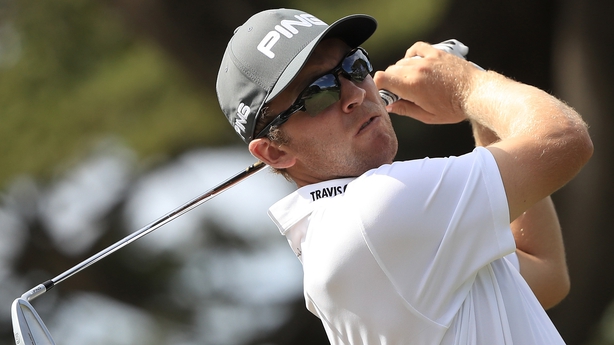 Seámus Power lost further ground on the leaders after carding a round of 71that sees the Waterford man on eight under par, nine shots behind Hadwin.

Power began the tournament with a 67 and followed that with a 70 in the second round. He dropped shots on the second and seventeenth, though picked up three birdies to join a cluster of players including Francesco Molinari and Bill Haas on -8.

American Dominic Bozzelli lies second on 16 under after a three-under 69 at the Nicklaus Tournament Course - the first three rounds have been played over three different layouts with a 54-hole cut taking place ahead of Sunday's final round at PGA West - with halfway leader Hudson Swafford, Brian Harman, Bud Cauley and Chad Campbell a shot further back.

Hadwin was in danger of missing the cut when he started his round on four under, but birdied six holes in a row from the second and threw in another on the ninth to turn in 29.

Five succesive gains from the 11th put Hadwin in sight of a sub-60 round, and when he holed from seven feet on the penultimate hole it looked as though he may even have a chance to match Jim Furyk's PGA record low round of 58.

However, he almost undid his good work by missing the green at the last, only to get up-and-down successfully to maintain a blemish-free card.

"I thought about it (breaking 60) on 11 walking off," Hadwin told pgatour.com.

"I walked up 17 and I said to my caddie Joe 'it looks like there's a lot more people than when we teed off today!'

"I was shaking, I really was. I knew what was at stake and the last thing I wanted to do was miss a three-footer for 59.

"(It was) perfect I guess, I got away with a few shots on the back nine and for whatever reason whenever I hit a putt it went in.

"Everybody talks about being in the zone and it being your day - it was my day.

"It's my first event of the year so it's exciting to get the nerves back again and have a chance to win a golf tournament."

Phil Mickelson had been in contention at the halfway stage but found water en route to a double bogey on the 18th as he shot 73 on the Stadium Course to lie eight shots back.

Scotland's Martin Laird leads the British challenge on 11 under after a 71 at LaQuinta.