The Dane has been appointed as Darren Clarke's successor and is charged with regaining the trophy in 2018 after USA's landslide win in September.

Europe were unable to call on Paul Casey for the Hazeltine defeat, despite a hot streak of form, as he had not taken up his membership of the European tour.

Asked if the review of selection criteria will balance continuity with the desire to have the best players available, Bjorn said: "Absolutely, but there's a lot of nuances into this, and they all need to be looked at.

"Yes selection will be reviewed, and it should be, because the world and the game of golf is a moving thing.
"But we're in no immediate rush and no panic to do it.

"We'll look at it carefully. We might stay where we are but we might also come up with a few tweaks.

"Almost the biggest task at hand at the moment is not to get too panicked about not having the trophy on this side of the Atlantic at the moment.

"There's so many aspects but at this moment in time I'm just trying to gather all the information to set out a plan going forward.

"I will go forward with what our players want and what we're all about as a team. But then I also have my own thinking and concerns about what I can bring to it, and will give it my own twist.

"We've been very successful in the past, and let's not go away from that.

"We've won eight out of the last 11, it's not like we have a system that's faulty and we always play against a very strong team." 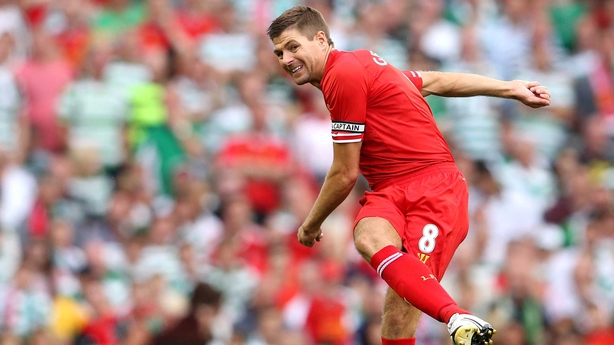 One of Bjorn's selections for the tournament in France might be former Liverpool captain Steven Gerrard, who could be offered a role as a motivational speaker.

Bjorn is a massive Liverpool fan, with a particular love of Gerrard, and hopes to use the former midfielder to get the best out of his team.

"He is my absolute hero of all time," Bjorn said in quotes appearing in the Daily Mirror.

"I think he is an inspirational guy for so many reasons. To stay at a club for that long, while he realised he might not win everything and he could have gone pretty much where he wanted, that says a lot about the man.

"Getting him in as an inspirational speaker is one of the things I have to look at."