Former world number one Tiger Woods must prove he has overcome the "chipping yips" in order to fully challenge golf's elite again, according to double major champion Tony Jacklin.

American Woods, 40, made his comeback after an absence of almost 16 months caused by chronic back problems to finish 15th in an elite 17-man field at last week's Hero World Challenge in the Bahamas.

"I thought it was a promising return by Tiger," Jacklin told Reuters in a telephone interview from his Florida home. "It must have been a bit daunting for him after all that time away.

"One comment from Golf Channel analyst Brandel Chamblee attracted my attention. I know he's a bit outspoken at times but he talks a lot of sense as well.

"Brandel maintains he's not seen anybody really come back from the chipping yips," said Jacklin. "He cherry-picked a number of situations from the four days in the Bahamas where Tiger had delicate shots he didn't do well with.

"If he's ever going to get back to the level of being able to win on the PGA Tour, never mind a major, there's no room for a weakness."

The roller-coaster nature of Woods's form was sharply illustrated by the fact that he led the tournament with birdies (24) and double-bogeys (six).

While he showed flashes of the brilliant golf he produced in  accumulating 14 major titles, he also delivered the inept, often finding sandy waste areas off the tee or with approach shots.

"His putting was sound, he hit the ball nicely and his swing looks fine," said Jacklin, winner of the 1969 British Open and 1970 US Open.

"He also looks fitter but if there's a chink in his armour going forward it's going to make things difficult.

"With the putting yips you can go to a long putter, as long as you don't anchor it, but you can't do that with chipping yips," added Jacklin.

"Chris Couch won the 2006 Zurich Classic of New Orleans. He overcame them in that event by chipping left hand below right and then disappeared off the scene, that's the only example I've seen of someone who had chipping yips and adjusted his grip."

Jacklin, the most successful European Ryder Cup captain of all time with two wins and one tie from his four matches in charge between 1983-89, knows how psychologically damaging the putting yips can be to a player. 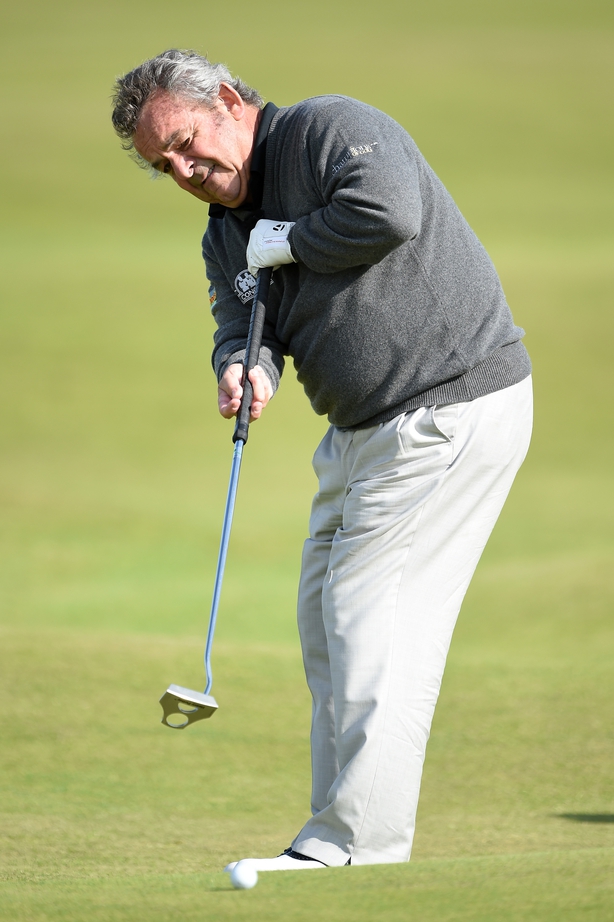 He struggled on the greens at the back end of his career and, even now, when he plays for fun, cannot bring himself to use a conventional putter.

"When you yip you get into outcomes rather than staying in the stroke," said the 72-year-old Englishman.

"You start wondering where the ball is going to end up and you can't do that, the mind has got to be in the here and now.

"When you've had a few chipping yips, and Tiger really did because it was for a few weeks in a row, it was nothing to do with his back it was something completely different.

"It's easier said than done in terms of fixing it. There's no hiding place for him, it's hard for him just to shrug things off because he cares so much," said Jacklin.

"He wouldn't be coming back unless he cared. Sometimes you care too much and you don't enjoy it because of that, that's when you put more pressure on yourself and you get into this outcome-over-execution situation."

Jacklin regularly criss-crossed the Atlantic during his playing days and, towards the end of his career, found it tough to meet high expectations on home soil.

"I putt with a long putter now and I hold it away from my chest," he said. "I don't putt very well but I don't care because I only play charity events and corporate days. 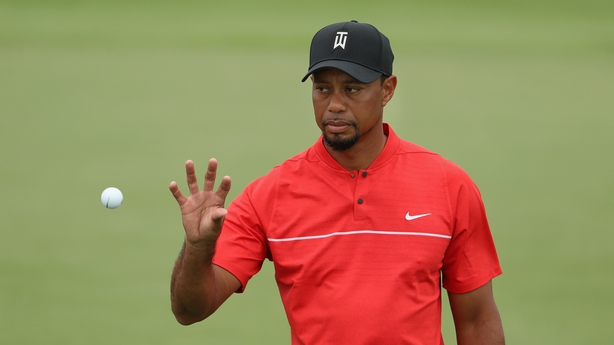 "I've been humiliated often enough over the years using a short putter so I'm not going there again. A lot of people have had it, Sam Snead, Ben Hogan and others, it's not unusual.

"In my case it manifested itself when I was in the UK playing in front of British crowds, they expected me to win with one arm tied behind my back and I was trying harder than I was capable of and that made things worse.

"Tiger has to be careful. I'm sure he wants to show the world he's back and win a tournament but the more you want that, the more you put pressure on the weaker elements of your game."