Henrik Stenson can seal a second Race to Dubai title with victory in the Nedbank Golf Challenge this week as an off-form Danny Willett tries to "find some game" at Sun City.

Willett had topped the money list since winning his first major title at the Masters in April, but was overtaken by Open champion Stenson at the end of October.

Stenson was joint second in the WGC-HSBC Champions in Shanghai as Willett could only finish 14 over par and 75th in the 78-man field at Sheshan International.

And Willett could not take advantage of Stenson's absence from the Turkish Airlines Open last week, the 29-year-old finishing joint 68th in Antalya to only reduce his deficit from 261,387 to 252,163 points.

With more than one million points on offer to the winner, a second win for 2008 champion Stenson at the Gary Player Country Club would give the Swede a second Race to Dubai title in four years if Willett finishes outside the top 10.

"I've had a really good year behind me and it would be nice to finish it off with being Europe's number one," Stenson said. "I'm sure Danny's going to try and find some game here for the last couple of weeks and push me to the limit.

"It's a great chance for me to stay in that number one spot if I play some solid golf these last two tournaments.

"If I were to get anywhere near a win, or win one of them, then I would imagine it would be a done deal. I've just got to go out there and try and play solid for four rounds here, and for four rounds in Dubai, and hopefully that will be good enough.

"This is a course where I've played some good golf in the past and been successful over the five or six times that I've been, so I'm looking forward to the week." 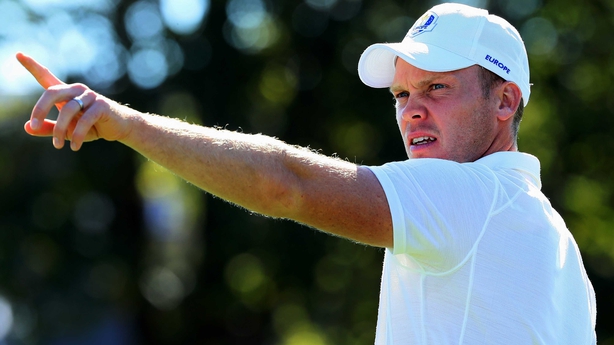 Willett has also tasted success at the venue after lifting the title in 2014 and coming fourth behind Australia's Marc Leishman last year, but has struggled to implement swing changes since finishing runner-up in the Italian Open before the Ryder Cup.

"Me and Henrik have both had fantastic years, both picking up our first major and both had good showings elsewhere around the world," said Willett, who was pipped to the Race to Dubai last year after Rory McIlroy won the final event of the season.

"Now it boils down to two events where I am back to chasing. I'm a little bit behind him so I'm going to try to make up some ground this week and hopefully try to make up ground next week or fend him off and see how everything goes.

"We've both got pretty good track records around this golf course, as well, so it could be interesting."

World number two McIlroy will also be interested in the outcome as his slim hopes of a third successive Race to Dubai crown are out of his hands following his withdrawal from the Turkish Airlines Open due to security concerns.

If Stenson is tied seventh with one other or better, or Willett is tied second with two others or better, McIlroy will not be able to win the title even if he defends his DP World Tour Championship title.