Tiger Woods will end a 16-month absence from competitive golf next month at his own Hero World Challenge in the Bahamas.

Woods, 40, has been missing from the course since undergoing a pair of back operations last September, cancelling several planned comebacks.

The 14-time major winner now intends to take part in the event he hosts and has won on five occasions, telling www.pgatour.com: "I am excited to make my return at the Hero World Challenge at Albany and play in this terrific tournament."

Woods, who will line up in a strong 18-man field including defending champion Bubba Watson, continued: "I am excited to make my return at the Hero World Challenge at Albany and play in this terrific tournament. This is our 18th year, and every year we put together a top field that showcases the best golfers from the previous season.

"Albany is an outstanding setting, and I can't thank Hero MotoCorp enough for their support of the tournament and my foundation."

Woods has not competed since last August, in the Wyndham Championship, a month after which he underwent a microdiscectomy.

A second clear-up procedure followed in October and a planned return to action in "early 2016" was soon revised.

In September he announced plans to tee up at the following month's Safeway Open and the European Tour's Turkish Airlines Open this week.

He later shelved those plans, declaring himself physically healthy but suffering from a game that was "vulnerable and not where it needs to be".

Woods cut a contented figure as a vice-captain during the United States' comfortable Ryder Cup defeat of Europe at Hazeltine a month ago.

Twelve players involved in that event are also signed up to take part at the Hero World Challenge, including three of this year's major winners Dustin Johnson, Henrik Stenson and Jimmy Walker, as well as world number five Jordan Spieth. 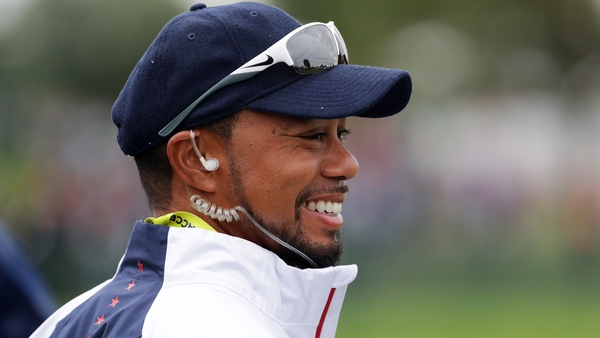