Matt Kuchar went from elation to deflation after he failed to collect a shiny new Cadillac after his hole-in-one at the HSBC Champions in Shanghai because of small print.

The American holed the par-3 17th, but because the tee-box had shown signs of disrepair from adverse weather conditions, it meant the hole was shortened to 193 yards.

The car was on view, but a note on it indicated that it would not be offered as a prize because the hole had to be at least 200 yards and negated the insurance policy the organisers put in place against the unlikely feat.

"That was probably one of the saddest hole-in-ones I've ever had," he said.

"Most of the time, a hole-in-one you're just overjoyed with excitement. But then there's a car sitting there, the most beautiful Cadillac on a tee.

"I looked down and it had a note that said something about round three and four.

"And I thought, 'Well, the car probably just applies for this weekend's hole-in-ones, that maybe it did not apply to round one and two. Then my caddie alerted me.

"I was teased by this beautiful car sitting there that's not to be mine."

The ace moved Kuchar to 9 under par and into the top 10 as a result, eight shots off leader Hideki Matsuyama.

Aces were wild for Matt Kuchar in Round 3. https://t.co/2Nt5bzZehf 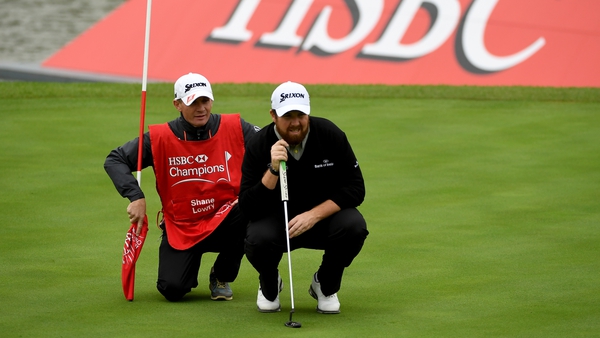