Rory McIlroy will be left kicking his heels this weekend as a bogey on the final hole of his second round meant he missed the cut at the US PGA Championship.

The world No.4 was right on the cut line at two over par, but the mark had shifted between one and two over throughout the day so McIlroy knew he required a birdie on the par-5 18th at Baltusrol to be sure of a Saturday tee-time.

However, a wayward second shot was followed by a pair of poor chip shots and when McIlroy failed to chip in with his fifth shot he dropped to plus-three.

McIlroy had looked in good form early in his round, as birdies on four and six saw him make the turn at one over, but his recent putting woes came back to haunt him as he failed to capitalise on the way home.

There was better news for Padraig Harrington, though, as a level-par round of 70, which required a pair of gutsy par putts on his final holes, saw the 2008 champion safely through at one over.

The Dubliner will be the only Irishman in action over the weekend, as Shane Lowry (+5), Darren Clarke (+5) and Graeme McDowell (+9) all failed to make it past the opening 36 holes.

Jimmy Walker began the day at the head of the leaderboard, and at one point looked set to race away from his rivals.

Walker played flawless golf for 16 holes to get to 10 under par with the course's only two par-5s to finish, but the American's sharp striking deserted him as he found a hospitality area and the water with his tee shots and played the two holes in one over.

Walker was joined at nine under by compatriot Robert Streb, who quietly put together the round of the week.

The 29-year-old, who won his first and only PGA Tour event in 2015, made eight birdies and dropped just a single shot to become the 30th player to sign for a major record 63.

Streb's sparse on-course following was somewhat understandable given the exploits of Jason Day on other side of the course. 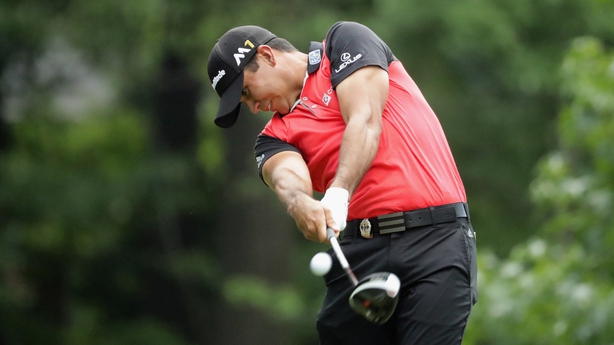 The world No.1 (pictured), playing with McIlroy and Phil Mickelson, who made the weekend at one over par, looked set to be dicing with the cut himself after double bogeying the 7th to fall to level par.

Instead, Day admitted that setback gave him "a kick up the bum" and sparked an incredible run of seven birdies in eight holes.

The Australian finished on seven under and will be disappointed not to be even closer to the lead after also failing to take advantage of the closing par-5s.

Day is joined at seven under by Argentine Emiliano Grillo, while Open champion Henrik Stenson showed no signs of a major hangover with a second successive round of 67 to lie a shot further back.

A host of other major winners are also still in contention, including Martin Kaymer at five under and Jordan Spieth, Zach Johnson and Adam Scott at three under.

McIlroy was not the only major casualty, however, as Spain's Sergio Garcia slumped to five over and pre-tournament favourite Dustin Johnson finished nine over . 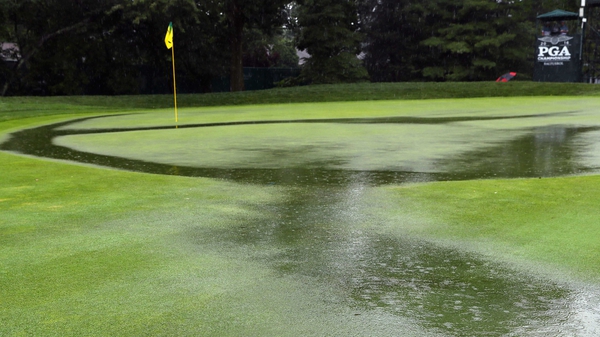 As it happened: PGA Championship Day 2