American Jimmy Walker set the clubhouse target of five under in the US PGA Championship as the Irish contingent found the going tough.

Padraig Harrington was the only Irishman inside the would-be cut mark of +1 after his 71, with Shane Lowry next best on two over.

World number four Rory McIlroy and Graeme McDowell both failed to score a single birdie as they struggled to four-over par, with Ryder Cup captain Darren Clarke also on 74 after an uneven round.

Walker carded six birdies and a solitary bogey in an impressive 65 in sweltering conditions at Baltusrol, with temperatures in the mid 90s forcing tournament officials to water the greens during play.

Argentinian Emiliano Grillo and England's Ross Fisher increased the prospects of a clean sweep for first-time major winners in 2016.

Fisher's 66 was his lowest round in any major and left him sharing second place with Grillo and 2010 champion Martin Kaymer on four under par, with Andy Sullivan a shot further back alongside Harris English, James Hahn and British Open champion Henrik Stenson.

The last year in which all four majors were claimed by first-time winners was 2011, when Charl Schwartzel won the US Masters, McIlroy the US Open, Darren Clarke the Open and Keegan Bradley the US PGA.

So far this season, Danny Willett, Dustin Johnson and Stenson have claimed the game's biggest titles.

"I feel like I've prepared and I'm ready to go this week," said the 37-year-old Walker, who won five times between October 2013 and March 2015 but has struggled to reproduce such form this season. "It's nice that that's what showed today. I felt like I was ready to go. Winning a major would be huge but there's three days to go.

"It's just been real stale and stagnant this year. I haven't been making the 15, 18-footers you need to make to start running up the leaderboard and to have high finishes.

"I definitely wanted to play Ryder Cup this year and I don't know how much time there is left in that, but I know we do a lot of picks this year (four) and the picks keep going. I'd had it sewed up last time it came around at this point, but playing good at the end of the year would be nice."

With the wind picking up late in the afternoon, former champion Kaymer was the only player able to threaten Walker's lead before settling for a four-under-par 66.

"I've been working hard because I wanted to have a good summer and slowly it's paying off," said Kaymer, who has not won since leading from start to finish in the Players Championship and US Open in 2014.

"The results have been okay but we all want that win and hopefully it can still happen." 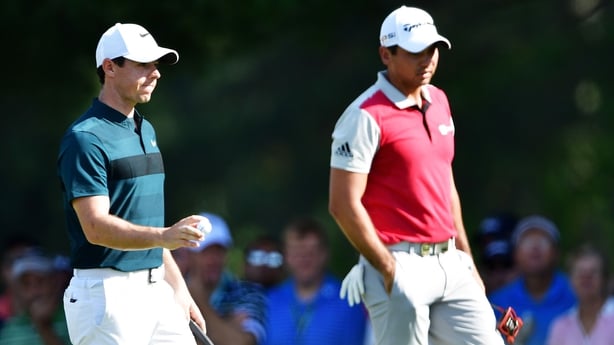 Fisher, whose sole top-10 finish in a major to date came in the 2009 US Open, said: "Everyone is striving to become a major champion and I'm no different. I'm coming here believing my game is good enough to win.

"I've got off to a great start, but I'm not going to sit back on that. There's still a long, long way to go but this is where you want to be. You want to be in the four majors. I've missed some of those over the last few years. I missed the Masters and the US Open this year. I got to experience the Open, but only for two days."

Defending champion Jason Day was three shots off the lead after returning a 68 despite having just one practice round, but two-time winner and playing partner McIlroy struggled to a 74 which included 35 putts.

The final member of the marquee group, Open runner-up Phil Mickelson, recovered from four over par after 11 holes with three late birdies to return a 71.

"I was excited to play and compete again and not have to have a month off for preparation," said Mickelson, who won his second major title the last time Baltusrol staged the US PGA in 2005.

"Unfortunately, I don't do well not playing the week before and you kind of saw it today. I hit terrible shots the first 11 holes.

"The game has been very easy and the first 11 holes was very hard. I played really well the last seven holes to get back in it and I'm pleased with that."

Johnston, who has become better known by his nickname 'Beef', said: "It was good. My putter was so cold early on today, I had some absolute shockers. Wasn't happy the way I pace putted, but I knew I was driving the ball well and I could give myself chances. I just kind of hung in there." 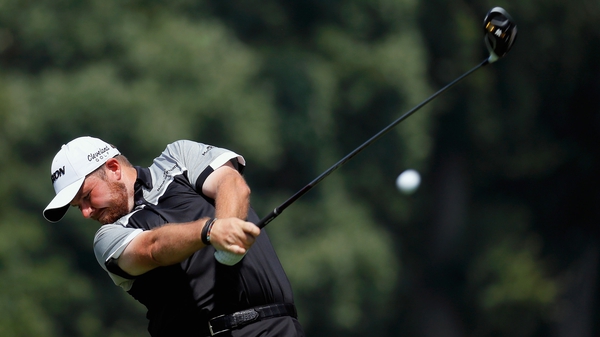 As it happened: PGA Championship Day 1