Rory McIlroy admitted that he is still trying to gain familiarity with his putting grip after carding a 71 at the Memorial Tournament to lie seven shots behind clubhouse leader Dustin Johnson.

The 31-year-old American started his round with three straight birdies and closed his front nine with another three and leads by one shot in Ohio heading into the second round.

World number one Jason Day is among a host of players on six under par, but McIlroy, who won his first title of the year at the Irish Open two weeks ago, has drawn attention for his change to a conventional putting grip having won using the cross-handed method in Ireland.

"I'm using the line on the ball again and, sometimes even on the course, it feels uncomfortable because sometimes I don't feel like the line is aiming where it actually is,” he said after his opening round.

"So I need to work on the ball position and my eye position. So I'm trying to be really structured with that. I feel like, if I'm consistent with that, that will give me the best chance going forward."

Leader Johnson meanwhile has no concerns on the putting green.

"With me, it has everything to do with the putter," Johnson said on www.pgatour.com. "I rolled it well today. I've been working pretty hard on the putter, and I felt like it's finally starting to pay off."

World number two Jordan Spieth - fresh from his Colonial Invitational victory - is well-placed at two under par along with England's Paul Casey. 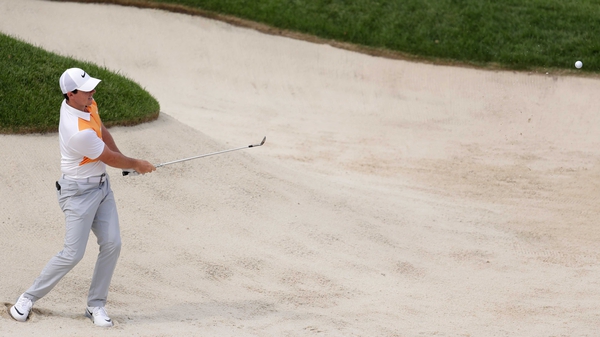