Rory McIlroy believes his game is coming right at the opportune time as he sets his sights on an upturn of fortune at the Dubai Duty Free Irish Open this week.

The tournament host has missed the cut in his home event for the last three years and has recorded just two top-10 finishes in nine attempts, with his best result a seventh place in his first full year as a professional in 2008.

McIlroy will be one of 22 Irishmen among the field of 156 players all competing for a share of the record prize fund of €4m and after showing glimpses of the form that has seen the 27-year-old win four majors, McIlroy says he is confident of improving his dismal record on home soil.

“Stringing four rounds together is the tough thing for me at the minute.

“At Sawgrass I thought I played well again, but there’s a couple of stretches of holes during tournaments where I let myself down and maybe stretch a three or four over par which isn’t good enough to win tournaments.

“I’ve been saying it all year and I have been trying to rectify it, but I think once I start to do it, I can get some momentum and I can go from there. 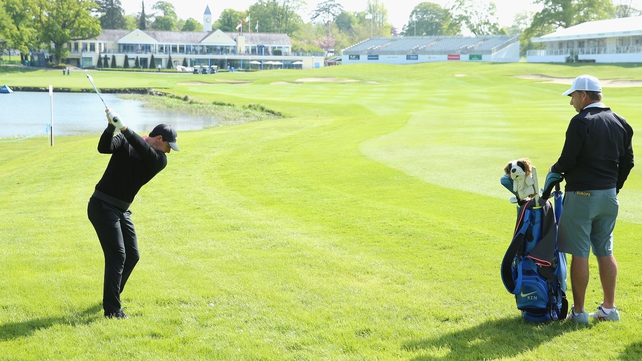 “I feel like the game is really close, I don’t feel like it’s that far away at all.

“I’m hitting the ball great from tee to green and making enough birdies. I just need to limit the mistakes.”

McIlroy’s poor record in the competition has been a talking point all week and the world number three admits that pride, as much as talent, is why he is optimistic on an improvement in fortunes.

“Whenever I come back and play in front of all these people that have supported me over the years, I want to give a fair reflection of myself,” he admitted.

“I’m quite a proud person. Missing three cuts in a row and in front of people that do support me and want to see me do well, it doesn’t sit well with me.

“That’s why I want to go out this week and play well and rectify that, especially on a golf course that is going to set up well for me.”

McIlroy will play his first round in the company of reigning champion Soren Kjeldsen and England's Andy Sullivan.