Graeme McDowell hauled himself up the Players Championship leaderboard with a terrific 69, but it was a tough day for Shane Lowry and Rory McIlroy as the treacherous Sawgrass greens left many frustrated.

The Portrush navigated incredibly tough playing conditions to carve out a round of three-under-par, leaving him on five-under for the tournament. That's nine shots behind world number one Jason Day, who leads on 14 under.

That was in stark contrast to McIlroy, who tumbled downwards after a 75 that left him tied 18th with McDowell on five under after three rounds.

Lowry is also on five under after dropping six shots on a day that saw him just a solitary birdie alongside five bogies and a double bogey.

Himself and McIlroy were right in the mix heading into their third rounds with the Holywood man three shots behind his potential Olympic team-mate, who added a 68 to his opening 65 to finish 11 under par, three off leader Day.

However on a day which had more spills than thrills both men tumbled.

Butch Harmon accused tournament officials of letting playing conditions get "out of control" as Jason Day stayed in control at the summit. He was 14-under for the tournament, four clear of Hideki Matsuyama, Ken Duke and Alex Cejka.

Day had established a new 36-hole scoring record at Sawgrass when the delayed second round was completed on Saturday morning, the world number one having opted not to finish the 15th hole when play was suspended due to darkness on Friday after an earlier two-hour weather delay.

That proved to be an excellent decision when the 28-year-old hit his approach to 15 feet and holed out for a third birdie in succession, before pars at the last three holes meant the US PGA champion added a 66 to his opening 63 for a 15-under-par total of 129, a shot better than the previous record set by fellow Australian Greg Norman in 1994.

Norman dropped just one shot all week on his way to a tournament record of 24 under par and Day finally carded his first bogey on the third hole of the third round, three-putting from 40 feet.

Worse was to come on the sixth when Day four-putted from 17 feet and furiously threw his ball into the water left of the green, and although he bounced back with a brilliant approach to within a foot of the hole on the next, another double bogey followed on the eighth.

The Australian responded immediately with a birdie on the par-five ninth to take a two-shot lead over Matsuyama and Alex Cejka into the back nine, but Tiger Woods' former coach Harmon was not impressed with the hard and lightning fast greens. 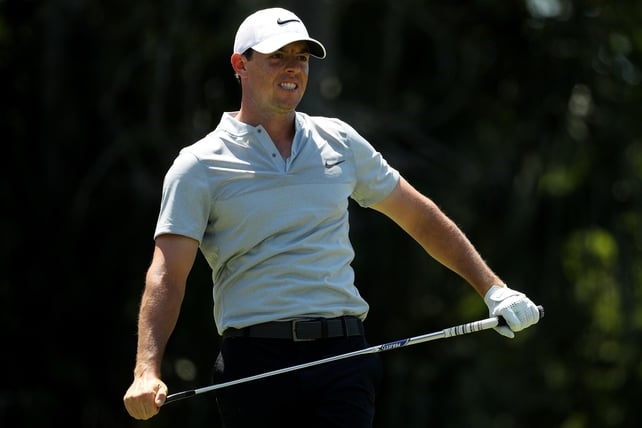 After watching Ian Poulter three-putt the 12th, Harmon said on Sky Sports: "Okay I'll say it - these greens are out of control now. They've let them get away from themselves I think.

"These greens are almost unplayable and we don't even have that much wind. I will tell you what, they did not like that 15 under leading did they? They have taken care of that quickly with this course set-up.

"I would like to be a fly on the wall in that locker-room when these players get in there. It's not going to sound good."

The loudest complaints might come from Spain's Sergio Garcia after he six-putted from 70 feet on the fifth, the 2008 champion racing his birdie attempt eight feet past and needing five more attempts to find the bottom of the cup for a quadruple-bogey eight.

Rory McIlroy was similarly disenchanted after he three-putted the fourth from eight feet, the world number three missing from 12 inches for par and then flicking his ball into the water in front of the green in frustration.

McIlroy made amends with a brilliant escape from the trees on the sixth and a birdie from close range on the next, but three-putted the 10th and 12th to fall further off the pace.

Kevin Chappell added his voice to the criticism of the conditions after covering the front nine in 31 and the back nine in 39, telling Sky Sports: "I don't know if someone was trying to prove a point, but point taken.

"The golf course is difficult and probably got a little out of hand."

Despite such complaints, Matsuyama completed a 67 to set the clubhouse target on ten under that was soon matched by veteran American Ken Duke, the 47-year-old firing six birdies in his last seven holes to card a brilliant 65.

Day had birdied the par-five 11th to reach 13 under but McIlroy continued to slide down the leaderboard after another three putt on the 13th and a double bogey on the 15th. 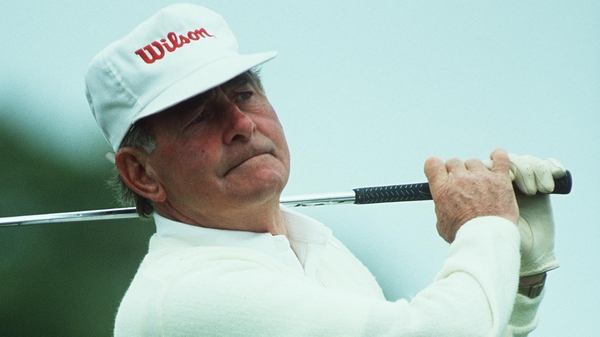