A final round 66 was not enough for defending champion Rory McIlroy to win the Wells Fargo Championship, with America's James Hahn prevailing after a play-off with Roberto Castro.

McIlroy has dominated the Quail Hollow tournament since 2010, with two wins and three other top-10 finishes.

The highlight of the Northern Irishman's victory last year was a course record 61 in the final round - and this time he again impressed on the Sunday with eight birdies.

However, bogeys at the first and last undid his good work and left him two shots off the pace, sharing fourth place with American trio Phil Mickelson, Andrew Loupe and Rickie Fowler.

Hahn and Castro finished on nine under par - but the Seoul-born player came through in a play-off with his compatriot to win his second PGA Tour title.

The 35-year-old holed a four foot putt for par on the first extra hole at the North Carolina venue, while Castro could only manage a bogey following a wayward tee shot.

Justin Rose was a shot off the pace after a final round 71, with bogeys at the 12th and 16th proving his undoing after three birdies.

Mickelson matched McIlroy's 66 to finish alongside him on seven under, alongside Loupe and third round leader Fowler - whose hopes of winning the event were undone by a final round 74.

Elsewhere, Paul Casey slipped down the leaderboard with a final round 77 seeing him share 41st position on two over par.

Fellow Englishman Ian Poulter was two shots further back in a share for 61st after a 71, a figure matched by Scotland's Martin Laird, who finished a shot back in a share of 65th.

England's Luke Donald carded two birdies and three bogeys to finish with a 73 which earned him a share of 71st. 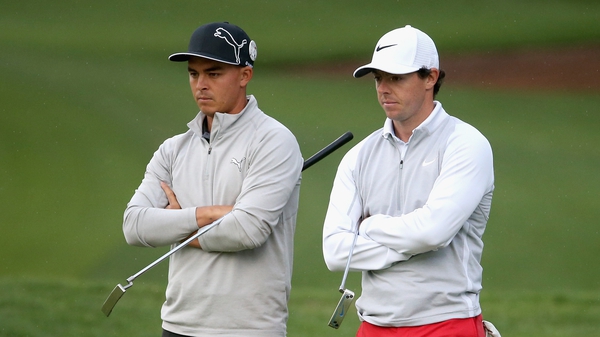