Rory McIlroy may have blown his chances at the Wells Fargo Championship with bogeys on 17 and 18 in his second round at Quail Hollow.

McIlroy looked to have gotten himself back into contention with a scintillating run between the fifth and the ninth holes, which included three birdies, an eagle and a bogey leaving him four under for the first nine.

He birdied ten and 14 alongside a dropped shot at 12 to sit on four under for the tournament, within touching distance of clubhouse leader Andrew Loupe of the United States who is eight under through 36 holes.

But a hot and cold round ended badly when he bogied the last two holes and he heads into the weekend on two under, six off the lead.

McIlroy was one over following his first round and at one stage on Friday he had picked up six shots as he looked to be hitting his best form.

McIlroy won his first PGA Tour title at Quail Hollow in 2010 and has recorded five top-10 finishes in six appearances in the event, including carding a course-record 61 in the third round last year on his way to a seven-shot win. 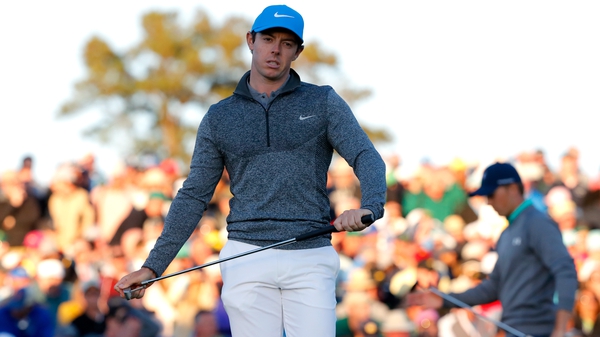