Tiger Woods "wishes he could retire" and would do so if he won another major, according to his friend and former basketball star Michael Jordan.

Woods has not played since August after undergoing three back operations in the space of 19 months and won the last of his 14 major titles in 2008.

The former world number one has reportedly been having lengthy practice sessions ahead of a possible return to action and was caught on camera hitting shots during a clinic at a junior event on Thursday.

"If he could win a major and walk away, he would, I think"

But Jordan believes the 40-year-old is "tired" after a long career in the spotlight and told ESPN the Magazine: "I think he really wishes he could retire, but he doesn't know how to do it yet, and I don't think he wants to leave it where it is right now.

"If he could win a major and walk away, he would, I think."

According to the magazine, Woods has told his friend and former PGA Tour player Notah Begay that he "knows" his next comeback will be his last, while Jordan does not sound optimistic that it would be a success.

"The thing is, I love him so much that I can't tell him, 'You're not gonna be great again,"' Jordan said.

Jordan also revealed that the sex scandal surrounding Woods, which broke after he crashed his car into a fire hydrant and a tree in November 2009, "looms" in the mind of the only player to hold all four major titles at once.

"That bothers him more than anything," Jordan said. "It looms. It's in his mind. It's a ship he can't right and he's never going to.

"What can you do? The thing is about T-Dub, he cannot erase. That's what he really wants. He wants to erase the things that happened." 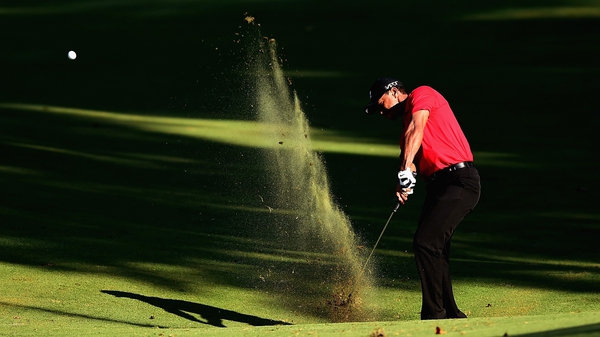