Former Open champion Louis Oosthuizen has joined Adam Scott in opting out of the Olympic Games in Rio this summer.

Scott confirmed on Tuesday that he would be unavailable for selection for Australia and South Africa's Oosthuizen has now followed suit.

In a statement released by his management company, the world number 12 said he had informed his country's Olympic committee of his decision after "long deliberations, citing family and schedule issues."

He added: "I have always represented South Africa with pride so didn't make my decision without a great deal of thought.

"I would like to wish our golfers and all other athletes competing in Brazil all the very best for success."

Scott had previously said winning an Olympic medal was nothing he had "ever aspired to do" and questioned the 72-hole strokeplay format for what he called "an exhibition event."

He said: "My decision has been taken as a result of an extremely busy playing schedule around the time of the Olympics and other commitments, both personal and professional.

"I have informed the Australian team captain and relevant authorities, who are understanding of my position and I wish the Australian Olympic Team the very best of luck in Rio."

Golf's inclusion in the Olympics for the first time since 1904 has resulted in a tightly-packed 2016 schedule and provoked a mixed reaction from the game's star players.

Asked in January whether he would rather win a gold medal in Rio or another major title, world number two Jordan Spieth initially said "Both" before adding: "That's a question that really only would get me in trouble to actually answer.

"To be honest, I don't know. It's unsure and it will be I think unsure for 10 to 20 years how significant a gold medal will be in golf."

Four-time major winner Rory McIlroy had no hesitation in preferring more major titles, adding: "'I think a major championship is the pinnacle of our sport. I think I'll be remembered for my major championships.

"All I've dreamed of from being a little kid is winning majors. I never dreamed of competing in the Olympics or winning an Olympic medal.

"So in my mind, a major will always be more important." 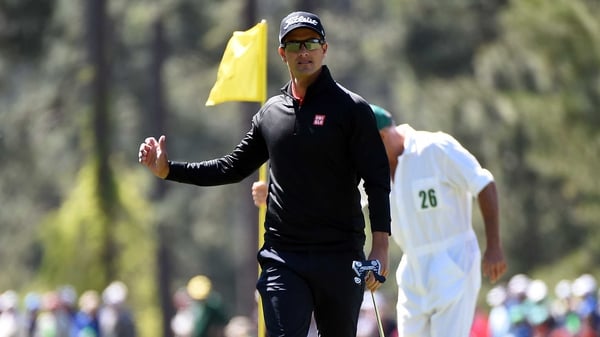 Adam Scott rules himself out of Rio Olympics