Shane Lowry produced a fantastic four-under-par 68 to take the fight to defending champion Jordan Spieth on a rollercoaster opening day at the Masters - with Rory McIlroy also well positioned to set up a ding-dong weekend battle.

The Offaly man absolutely scorched out of the traps at Augusta, carding five birdies in his first eight holes. A bogey on the 11th was his only blemish as he ground out an impressive round in demanding conditions.

McIlroy, seeking a first Masters title to complete the career Grand Slam, was two shots further back alongside Danny Willett, after dropping shots on the 16th and 18th and Willett making his only bogey of the day on the last.

Graeme McDowell finished on level par, scrambling well to recover from being two-over after 12.

Defending champion Spieth assumed his customary position on top of the leaderboard with a brilliant 66.

Spieth, who was second on his debut in 2014 and claimed a first green jacket with a record-breaking performance 12 months ago, carded six birdies and no bogeys despite swirling winds on at Augusta National.

That gave the 22-year-old a two-shot lead over Lowry and New Zealand's Danny Lee, with Paul Casey, Justin Rose, Ian Poulter, Sergio Garcia and Soren Kjeldsen all a shot behind on three under. 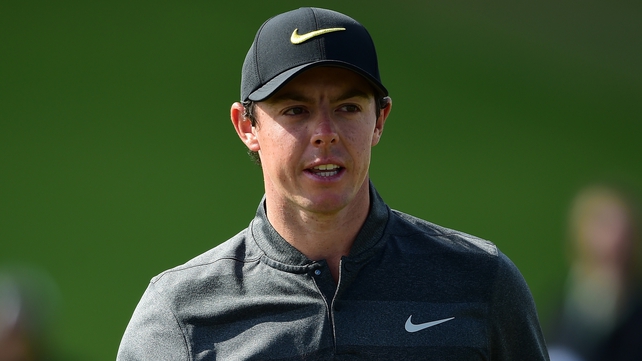 World number one Jason Day was a shot off the lead when he raced to the turn in 31 with an eagle and three birdies, but dropped five shots in his last four holes - including a triple bogey on the 16th - to finish level par.

Spieth, who is looking to become just the fourth player after Jack Nicklaus, Nick Faldo and Tiger Woods to successfully defend the year's first major championship, led from start to finish after an opening 64 last year and was quickly into his stride with birdies on the third, sixth and eighth.

The world number two, who set records for the highest number of birdies (28) and lowest 36 and 54-hole totals in Masters history last year, also birdied the 10th, 13th and 18th, but was equally pleased to scramble pars on the 11th, 12th and 16th.

"I would have signed for two under today and not even played the round, knowing the conditions that were coming up," said Spieth, who is a record 29 under par for his nine competitive rounds in the Masters. His position after each of those rounds reads 12-3-1-2-1-1-1-1-1.

"I got a lot out of the round with what I felt like was kind of average-ish ball-striking. I got the most I could probably get out of my round today. I think the round today may have been better than the first round last year because of the conditions, I definitely could make that argument."

Playing partner Casey, who was sixth last year and also on his debut in 2004, was similarly impressed, adding: "That was a flawless round of golf. When he got into trouble.... he bailed out in the right place and what could have been an error, he turned into a wonderful par save. It was absolutely flawless.

"One of the toughest days I've ever seen around Augusta National. I played a wonderful round of golf, but it was great to have a front row seat to watch that." 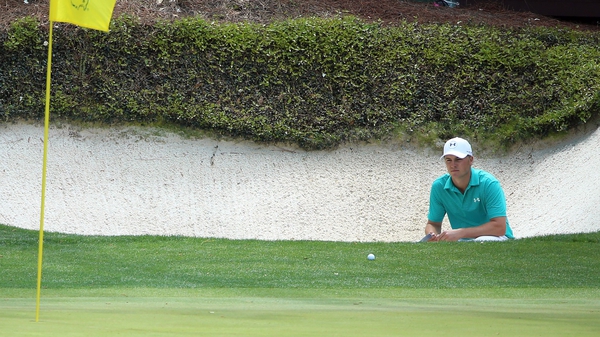 As it happened: The Masters - Day One