Jim Herman booked his spot at next week's US Masters with his maiden PGA Tour title at the Shell Houston Open.

The 38-year-old, who was joint overnight leader with Jamie Lovemark, carded a four-under-par 68 to hold off a challenge from Henrik Stenson and finish top of the pile on 15-under.

Stenson pushed Herman all the way and a play-off looked on the cards as they were locked together on 14-under with three holes to play, but a birdie at the par 3 16th hole, where Herman chipped in from the edge of the green, earned the glory and a place among the elite at Augusta National.

Dustin Johnson finished a shot further back on 13-under and will be left ruing his double-bogey at the 11th as despite three birdies in the final seven holes he could not make up the ground.

Lovemark faltered badly as three bogeys and a double bogey undermined his challenge as he slipped down to seven-under and out of the reckoning.

Jordan Spieth warmed up for his defence at the Augusta National with a 70 - his card ruined by a double bogey at the 18th - to finish tied-13th with fellow green jacket holders Charl Schwartzel and Phil Mickelson.

Ryder Cup winner Jamie Donaldson was the highest placed Brit after a 71 saw him finish on six-under. 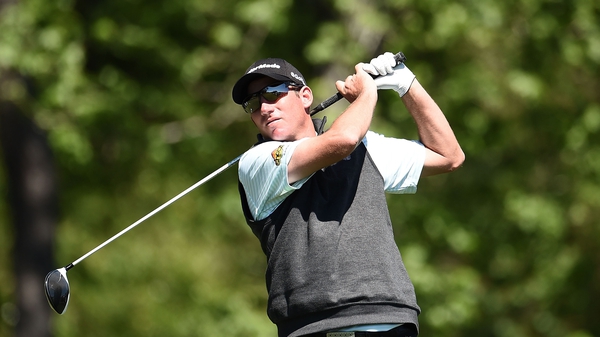