Pre-tournament favourite Charl Schwartzel cruised to victory in the Tshwane Open on Sunday to claim his 11th European Tour title and an eighth on home soil.

Schwartzel held a one-shot lead heading into the final round and carded a closing 63 to finish 16 under par at Pretoria Country Club, eight shots ahead of Denmark's Jeff Winther.

Winther surged through the field thanks to a 64 as the expected challenge from rising South African stars Zander Lombard and Haydn Porteous failed to materialise.

Lombard began the day just a shot behind Schwartzel but double-bogeyed two of the last three holes in his 74 to finish 12 strokes adrift, while Joburg Open winner Porteous struggled to a 73.

Schwartzel made the ideal start with a birdie from 18 feet on the second, only to bogey the third after a wayward drive finished behind a tree and meant the South African could only find a greenside bunker with his approach.

However, the former Masters champion responded with birdies on the sixth and seventh and then holed from 10 feet for an eagle on the par-five ninth for the second day in succession.

The world number 43 dropped a shot on the 11th after a wild tee shot and was lucky to get away with another on the par-five 12th, but any lingering doubt about the outcome was ended with a birdie from 40 feet on the 14th. 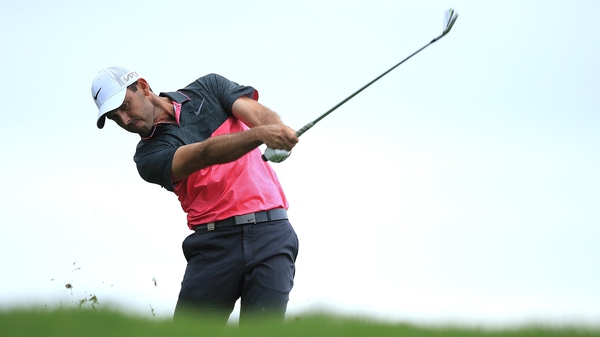