Hideki Matsuyama celebrated his second PGA Tour success with victory at the Waste Management Phoenix Open in Arizona after getting the better of Rickie Fowler in a play-off that went to four holes.

Matsuyama and Fowler finished tied on 14 under after 72 holes and after matching each other's scores on the first three sudden death holes, Japan's world number 19 won it on the 17th with a par after Fowler had sent his tee shot into the water and then missed a 10-foot par putt.

World number four Fowler will be sick of the sight of the 17th hole as it proved his nemesis throughout the day. When he arrived there in his regulation round he had a two-shot lead but sent his tee shot into the water and, despite using a different club in the play-off, the end result was the same, hooking left into the hazard while Matsuyama, who birdied his final two holes in regulation to force the play-off, found the fairway.

Both men struck 67s in their final round after starting the day on 10 under, three shots behind overnight leader Danny Lee. The New Zealander started the day dreaming of a second tour victory, but his hopes quickly faded after three bogies in his opening seven holes and his 73 was the highest score of anyone in the top 35.

Lee's capitulation allowed Harris English to book a third-place finish on 12 under after a 66.

Joint first-round leader Shane Lowry was the top European on nine under.

Lowry finished with a flourish to end up in a share of sixth place, birdieing five of his last seven holes to take home plenty of positives and a cheque for $203,450.

This is how you play the crowd. #QuickHits https://t.co/LvJjASLrht 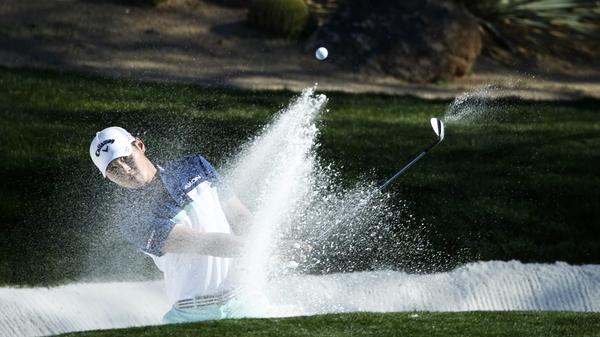