Rory McIlroy has not given up hope of retaining the Omega Dubai Desert Classic after flirting with disaster in a rollercoaster second round.

The Holywood man birdied the last three holes to grind out a hard-fought 72 to leave him on four-under-par, six shots behind Spaniard Rafa Cabrera-Bello.

At one stage it looked as though the Northern Irishman might miss the cut after shooting three-over on the front nine.

McIlroy then bogeyed the 11th but four birdies in his last six holes dug him out of a hole, and kept alive hopes of a weekend march up the leaderboard.

"I did not have my best stuff with me and struggled at the start and in the middle of the round," McIlroy told Sky Sports.

"I needed something, first and foremost just to be here for the weekend, and then to birdie the last three holes definitely gives me a little bit of momentum.

"I felt like I played some decent golf out there but missed some short putts. I just wasn't committing to the lines I was picking. All in all it was a decent finish and if I can get off to a better start [on Saturday] you never know."

Graeme McDowell followed up his opening 69 with a four-over 76 that left him on one-over for the tournament and outside the cut. Paul McGinley's 75 left him five-over as he also failed to make the weekend.

Cabrera-Bello matched his first-round 67 to edge the lead outright, with a chasing pack of Ernie Els, Danny Willett and Trevor Fisher Jr one behind him.

Starting his second round on the back nine after an opening 68, Els birdied the par-five 13th and holed from 15 feet for an eagle on the 18th, before picking up further shots on the third and fifth in a flawless 67.

That gave Els a share of the clubhouse lead with England's Danny Willett on nine under par, Willett also not dropping a shot in a superb 65.

Els, who has slipped to 205th in the world rankings after two years without a win, told Sky Sports: "I feel like I'm looking forward to the weekend. I'm not dreading the greens. That's where I've been for the last two or three years since I won the Open Championship.

"I feel very different. I feel like I don't mind making a two-footer or a four-footer. I have been feeling better and better since the first week of the season, where it was pretty bad. It's an exact turnaround from a few weeks ago when I was dreading to get on the greens.

"I'm actually enjoying it on the greens, the surfaces are unbelievable and I obviously have a lot more confidence in the stroke and the set-up." 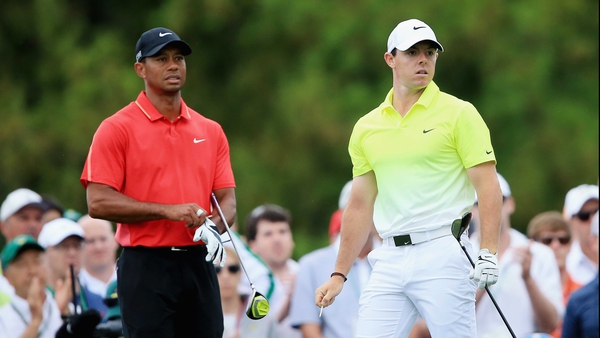