Paul Dunne looked right at home on his PGA Tour debut as he carded an impressive three-under-par 69 to lie just three shots off the lead at the Farmers Insurance Open.

Dunne, at the tournament thanks to a sponsor's invite, shot a sole bogey to sit in a 19-way tie for 15th which also included Patrick Reed and Phil Mickelson.

Offaly's Shane Lowry also made a solid start at Torrey Pines, going round in a one-under 71 .

Americans Scott Brown and Andrew Loupe shared the lead as home players occupied the first seven places after the first round.

The duo were tied on six under par after both opened with rounds of 66 with Brown having eight birdies and two bogeys in his round.

Brown played the more difficult South Course whereas Loupe's opening round was on the North Course.

Brown said: "I hit it really well coming in, the last 11 holes. I made a couple of length putts and capitalised on the short ones.

"It's a hard golf course, if you're out of position you are immediately playing for par. Fortunately I drove it good and hit a lot of good iron shots today," Brown added in an interview on the PGA Tour website.

Defending champion Jason Day had gone into the tournament hoping to be competitive despite suffering from a virus but he ended the opening round tied forth 76th on even par in a group which also included England's Brian Davis.

English pair Greg Owen and Paul Casey both shot one over par rounds of 73 to be in a tie for 90th place. 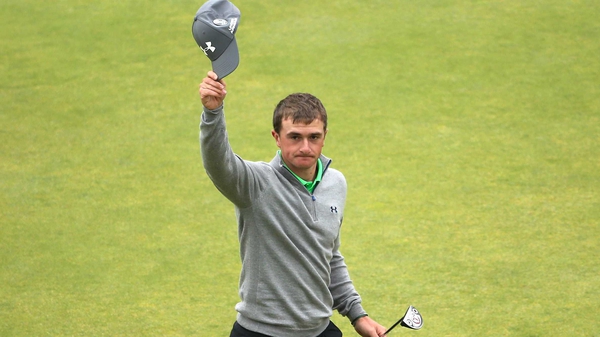