World number one Jordan Spieth lurked one shot off the lead before thunder halted the first round of the Singapore Open on Thursday, with Corkman Niall Turner just four off the pace.

Turner went round in 70 at the Sentosa Golf Club, while Ryder Cup captain Darren Clarke is three over.

His agent and manager Jay Danzi stepped up to carry the bag on a stifling first morning, with injury sideling regular caddie Michael Greller, and the duo struggled to negotiate the yardages to threaten the pins.

Still the bogey-free four-under-par 67 efforts of Spieth left him right in the mix, one behind South African Keith Horne and American Berry Henson, who was on his 16th when play stopped.

"For the positions I was in off the tee it was a little frustrating," Spieth told reporters, wiping away sweat after finishing his round at the height of the mid-day sun.

"From there I couldn't quite get it on the right tier [of the green] or right distance, my distance control was just off trying to judge the wind, humidity and the heat. And so we just struggled a bit with that.

"I didn't get many looks [for birdie], I didn't get the ball inside 15 feet. I had plenty of opportunities to." 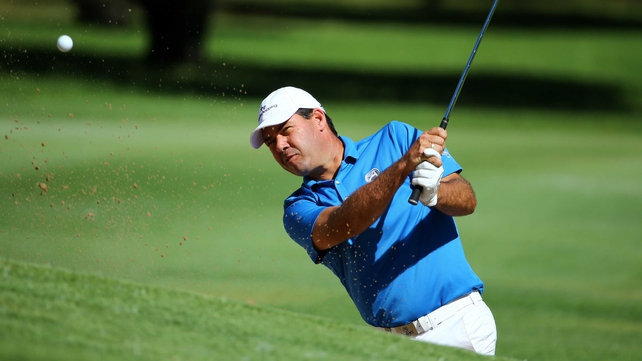 Greller, who left his job as sixth grade teacher in the US to work with Spieth, aided the 22-year-old's US Masters and US Open title wins last year and surge to the top of the world rankings.

Spieth, though, refused to bemoan his absence and credited Danzi's work at the Asian Tour season opening event, the second time he has covered for Greller after a tournament in Japan in 2014.

"I thought Jay stepped in extremely well. It's a tough place to caddie when you are not used to carrying the bag, what with the weather, but he took it like a champ," the Texan said.

"We have some rounds under our belt and we have played together a lot so its an easy one-week replacement while Michael is getting healthy."

The Spieth-Danzi team begun brightly under sunny skies on Thursday by holing a 20-foot birdie putt for a three at his first - the 10th - but his chances of picking up further shots were limited thereafter by his iron play.

One missed green after a duffed 100 yard approach particularly galling for the PGA Tour player-of-the-year.

The American, though, was happy with an improved putting display after last week's struggles in Abu Dhabi.

He safely negotiated Sentosa's large undulating greens and three two-putt birdies on the par fives, 18, four and seven,  sent him joint third at the $1m event, co-sanctioned by the Japan Golf Tour, alongside world number 26 An Byeong-hun of South Korea.

"No three putts [and] I had eight or nine putts over 30 feet," Spieth said.

"I know I'm not hitting it close enough. Still, the speed is great, I didn't lose any shots."

Meanwhile, Cork man Niall Turner is on one under, while Ryder Cup captain Darren Clarke is three over. 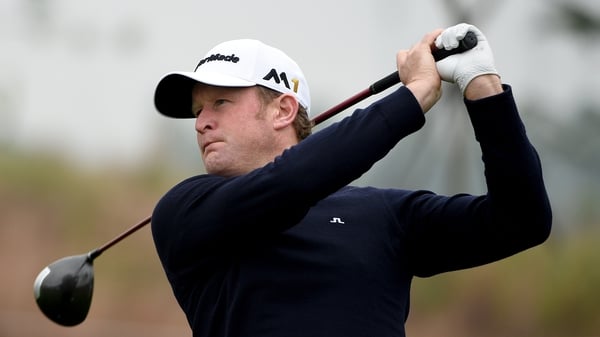 Jamie Donaldson cleared to play in Singapore after chainsaw mishap