Northern Ireland’s Michael Hoey is three shots off the clubhouse lead at the Commercial Commercial Bank Qatar Masters after opening with a bogey-free four-under-par 68.

The Ballymoney man was steady as a rock in cool and breezy conditions as he made an impressive start in Doha.

Spain's Pablo Larrazabal set the pace alongside former British Open champion Louis Oosthuizen, who is looking to make his trademark flying start to the year.

Larrazabal carded seven birdies in a flawless, but South African Oosthuizen matched him stride for stride to sit joint top of the leaderboard.

Sweden's Bjorn Akesson threatened to overhaul the leaders when he raced to the turn in 30 and reached seven under after 11 holes, but a late bogey meant he had to settle for a share of third on six under with England's Andrew Johnston and Belgium's Nicolas Colsaerts.

Two-time Qatar Masters winner Paul Lawrie was part of an eight-strong group on five under, with defending champion Branden Grace and 2014 winner Sergio Garcia on two under.

Oosthuizen has a remarkable record in his first event of the calendar year, winning the Africa Open in 2011 and 2012 and following that with consecutive victories in the Volvo Golf Champions in 2013 and 2014.

Injury meant the South African did not start his 2015 campaign until March, but his first event produced a sixth-placed finish in the WGC-Cadillac Championship and he went on to lose out in a play-off for the Open and finish joint second in the US Open.

The 33-year-old has not played competitively since finishing joint 11th in the Nedbank Golf Challenge on December 6, but felt refreshed after such a lengthy break and was showing no signs of rust on Wednesday.

Starting on the back nine, Oosthuizen birdied his first two holes and also picked up shots on the 16th and 18th to reach the turn in 32, while birdies on the first and sixth took him to six under par. 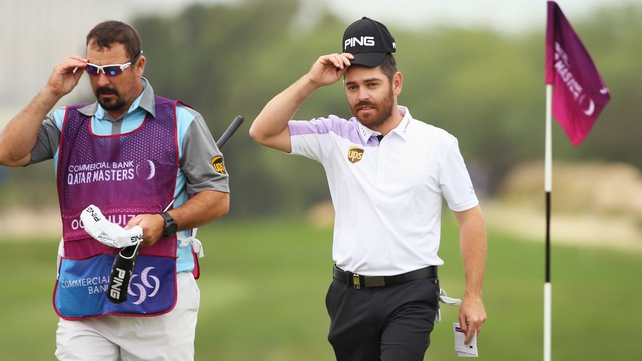 Oosthuizen was delighted to keep his card blemish-free, telling Sky Sports: "There were two occasions where it looked like I was going to make bogey but recovered well and the rest was very solid, good ball-striking and I made one or two putts.

"I like playing in windy conditions. The whole day is going to stay like this, which is fair, but they are expecting some horrible winds later in the week and then it gets really difficult."

Larrazabal won on the 'Desert Swing' in Abu Dhabi two years ago and claimed his fourth European Tour title in the BMW International Open last June, but suffered a back injury during the Open which kept him out for several weeks.

"Last year I was playing very good in the middle of the season and had a big injury at the Open Championship," Larrazabal said. "After that it was very difficult to keep the rhythm and come back."

Lawrie's first win in Qatar came in 1999, the same year as his Open triumph at Carnoustie, with the second in 2012 helping him secure a Ryder Cup return at Medinah after an absence of 13 years. 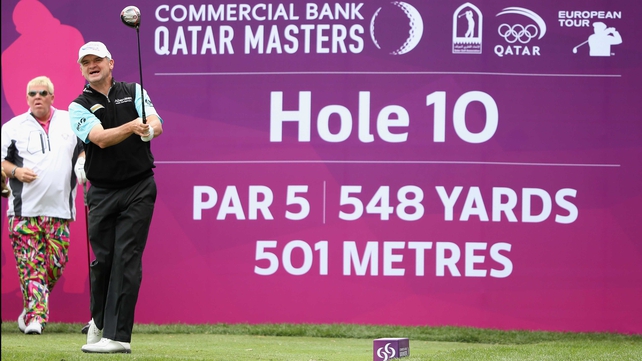 "I'm very happy," the 47-year-old said. "It was obviously quite tough this afternoon, the wind was blowing. I got off to a terrible start and three-putted the first from sort of about 15 feet. Been out here a long time, so you put these things behind you pretty quickly."

Asked about his reputation as a good player in bad weather, Lawrie added: "I'm happy knocking it down. I'm happy hitting five-iron 160 yards into kind of a strong breeze.

"I've always been able to do it, stick the ball a bit further back in the stance and take a bit of speed off it. It's not rocket science, so I kind of quite enjoy doing that."

Garcia carded four birdies in six holes from the seventh but bogeyed the 13th, three-putted the 17th and lipped out for birdie on the last.

"It's not easy to hit some of the spots and into the grain they are quite tough. They don't roll as true as you would like to but it is what it is."