Jason Dufner fired a seven-under-par 65 to grab the outright lead after the second round of the CareerBuilder Challenge in La Quinta, California.

Dufner, a three-times winner on the Tour, began the day in a four-way tie at the top but came out firing in round two, showing flashes of the form that won him his only major, the 2013 PGA Championship.

Rolling the ball beautifully on the greens, Dufner began with a pair of birdies, bagged another at the fifth, and closed his opening nine with a run of three straight to reach the turn at six-under 30.

Dufner took just 22 putts in his round at the challenging PGA West's TPC Stadium Course, one of three layouts used in the tournament.

One stroke back at 130 was fellow American Jamie Lovemark, who matched Dufner's 65 thanks to an early birthday gift at the first, his 10th hole of the day, where he holed out from the fairway on the Nicklaus Tournament Course for an eagle-two.

"Made that shot from 105 yards. Nice little present," smiled Lovemark, who celebrates his 28th birthday on Saturday.

Another stroke back was five-times major winner Phil Mickelson, who returned a 65 and said that despite a belated start to his season he was nearing top form.

"I'm probably a week away," he said. "But I've also won with a lot less game than I have right now, so I still expect to get in contention and have a good weekend. 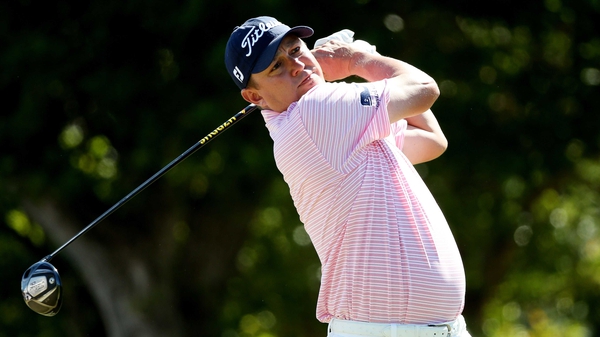