Kevin Phelan carded a round of 68 to head the Irish contingent after the first round of the European Tour's Joburg Open in South Africa.

Phelan fired four birdies and a bogey on the West Course to finish on three under, while Ruaidhri McGee, Michael Hoey and Paul Dunne are all on one under.

Home hope Justin Walters continued his fine start to the year, with a birdie on the final hole for a 65.

Walters finished tied fourth at the South African Open last weekend and looked assured again on the Royal Johannesburg and Kensington Golf Club's East Course to end the day on seven under.

He leads a group of six players one stroke back - Englishmen Anthony Wall and David Howell, the Swedish pair of Michael Jonzon and Johan Carlsson, Zimbabwean Mark Williams and home player Haydn Porteous.

In total, 99 of the 210-strong field broke par, with BMW SA Open winner Brandon Stone carding a two-under 69 alongside his idol Ernie Els, who was three under par after nine holes before dropping shots on the 11th and 13th.

Els missed the cut in the BMW SA Open last week after suffering from another attack of the yips in the opening round, but the 46-year-old has vowed to overcome the problem and was putting cross-handed after accepting a late invitation into this week's event.

Els, Howell, Jaco van Zyl and Paul Lawrie are the only three players in the field currently guaranteed a place in this summer's Open Championship, with three places at Troon up for grabs for anyone, not already exempt, finishing in the top 10.

Former Open champion Lawrie marked the start of his 25th year on the European Tour with a two-under-par 69.

After a flawless round containing four birdies and an eagle from five feet on the 15th, Howell revealed a more forgiving approach had been key to his success.

"I wrote in my yardage book today to just be my own best friend, not to be too hard on myself, and really try and not care about the bad shots and focus on the good ones," the former Ryder Cup player said.

"We're always trying to be like that, but it doesn't always pan out that way, but I made a concerted effort to really be very kind to myself today and when I did hit a poor shot I moved on from it pretty quickly." 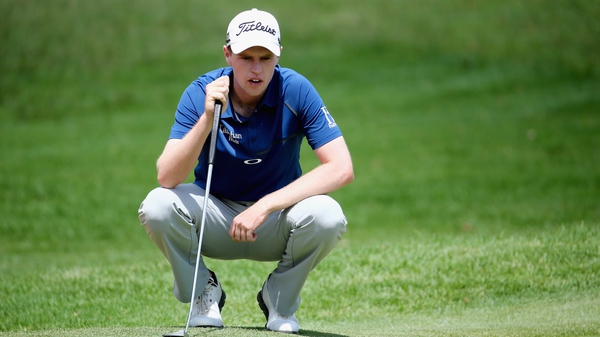