Watson opened up a two-shot lead over England’s Paul Casey after the pair shot matching rounds of 63 to set the new course record at Albany in the Bahamas.

After opening his round with back-to-back gains, Watson added an eagle to his card when he holed his 169-yard approach shot at the fourth.

The 37-year-old left-hander then rolled in his three-foot birdie putt at the sixth before picking up four further shots on his back nine to move to 19 under par, two strokes clear of Casey.

Beginning his third round in a share of seventh place, Casey notched six birdies on the front nine to reach the turn in 30, before picking up three more on his back nine.

That took him to 17 under, one shot ahead of Patrick Reed and Chris Kirk in joint third
.
Defending champion Jordan Spieth sits four shots off the lead after carding a four-under-par 68 on Saturday. 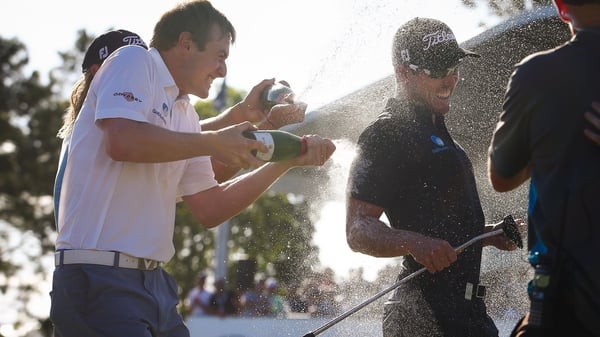