Swashbuckling Frenchman Victor Dubuisson won the Turkish Airlines Open for the second time in three years while Rory McIlroy suffered a frustrating time on the greens to finish joint sixth in Antalya on Sunday.

Dubuisson broke down in tears after capping victory in style with a birdie-birdie finish as he returned a 66 for a 22-under-par total of 266 at the $7m European Tour event.

South African Jaco Van Zyl, bidding for a wire-to-wire victory, could only manage a closing 67 for 267, 21 under, one ahead of third-placed Thai Kiradech Aphibarnrat (67).

World number three McIlroy performed to his usual high standards from tee to green but was let down by a cold putter as he carded a 71 for 272, to end in a tie for sixth on 16 under par.

Shane Lowry shot a bogey-free fourth round which featured four birdies and an eagle to finish eighth, one shot behind McIlroy.

Graeme McDowell's 75 meant he dropped back to five under overall while Michael Hoey was three over after a 72.

Dubuisson was three off the front after Aphibarnrat's sixth birdie of the day on the 10th, despite brilliantly saving par on the same hole with a pitch through the trees after taking a penalty drop when his wayward drive finished in a bush.

The 25-year-old then chipped in for an eagle on the 11th and birdied the 15th and 17th to join Van Zyl in the lead, before a massive drive on the last and superb approach to 10 feet.

Aphibarnrat almost chipped in for an eagle from over the green but missed from a matter of inches for his birdie, while Van Zyl could also only make par.

"It was so hard because there were so many personal reasons why I did not play so much this year," said the teary Dubuisson, who declined to reveal any details.

"That's why I am so emotional. I played a few events on the PGA Tour at the beginning of the year and I was not feeling good to be far away from my family.

“I did not play well and I was feeling lonely so decided to come back to Europe. Now, for the next three or four years, I will just stay in Europe 100 per cent."

With this win in the bag Dubuisson is now eyeing a place on next year’s Ryder Cup team.

He went unbeaten on his debut in the competition at Gleneagles in 2014 and now leads the qualifying race.

"Hopefully I can play again. I have put myself now in a good position but there is still a lot of work to do. I will definitely play more tournaments to give myself a really good chance to be a part of it." 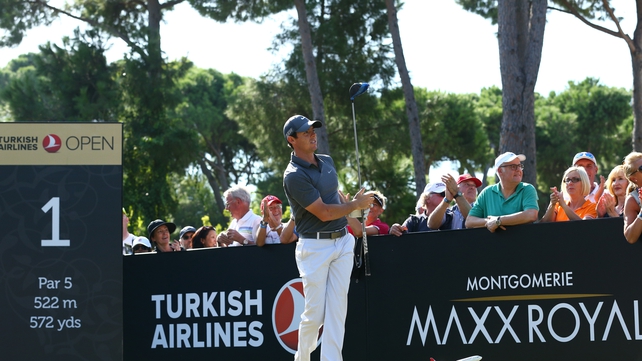 The consolation for McIlroy (pictured above) was increasing his lead over Danny Willett to almost 400,000 points as he seeks a third Race to Dubai title in four years.

"It's always disappointing whenever you have a chance to win and you don't play well enough to do that," the 26-year-old said after bogeys on the eighth, ninth and 12th ended his challenge.

"I'll be going away from this tournament very disappointed with how I played today.

“But I'm still playing two more events this year and I feel like my game is good enough to give myself two opportunities to win again." 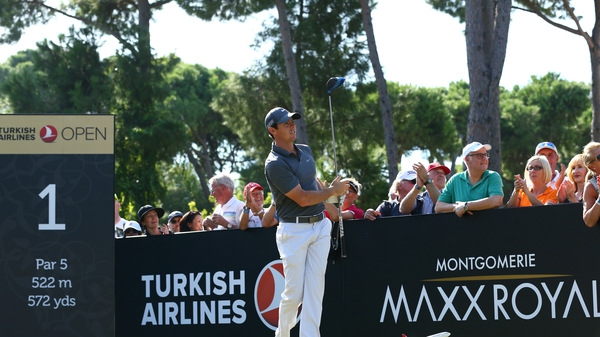