Bubba Watson claimed a hard-fought victory at the Travelers Championship following a play-off triumph over Paul Casey in Connecticut.

Watson, who won here in 2010, and Casey both finished the fourth round 16 under par but the former claimed the advantage in the head-to-head duel as he recorded a one under par win on the second play-off hole after the scores were tied after the first.

Overnight leader Brian Harman slipped down the leaderboard to finish third with a fourth-round 69 which included four birdies and three bogeys, while a double bogey on the first hole saw Canada's Graham DeLaet clinch fourth as he finished on 14 under.

Sweden's Carl Pettersson hit a final-round 66 to finish three shots off the lead thanks to five birdies - a disappointing bogey on the eighth ruining his round.

Zach Johnson, whose last win came at last year's Hyundai Tournament of Champions, suffered three bogeys along with his four birdies to card 69 and finish a shot further back.

Luke Donald claimed an impressive 66 - his best round of the weekend - to finish 11 under in a three-way tie for seventh alongside Americans Bo Van Pelt and Mark Wilson.

The 37-year-old from Hemel Hempstead recorded an eagle on the 13th and three birdies, while a bogey on the 18th marked an otherwise flawless round.

Americans Ken Duke, Jason Gore, Jon Curran, Chris Stroud and Brandt Snedeker finished in a tie on 10 under to round off the top 10, a stroke ahead of Scotland's Martin Laird. 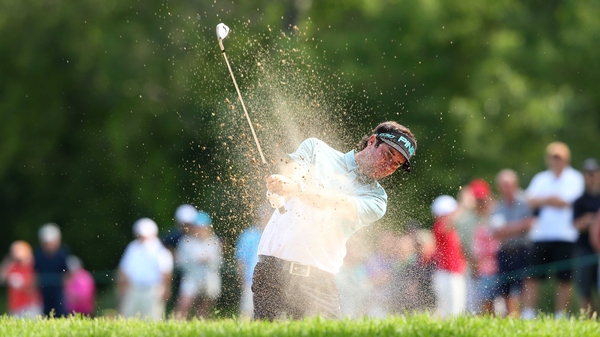