Brian Harman will go into the final day of the Travelers Championship with a one-shot lead after a bogey-free third round of 65 in Connecticut.

The 28-year-old American, whose only previous win on the PGA Tour came at the John Deere Classic last July, bookended his round with birdies, with his three on the par-four 18th following an excellent approach to three feet helping him to 14 under and the outright lead.

The left-hander also picked up shots at the seventh, 10th and 13th for his second successive five under par round which moved him ahead of compatriot and two-time Masters champion Bubba Watson and Canada's Graham De Laet, who shot a fine 64.

He caught the big-hitting American at the short par-four 15th where he drove the green and holed a short eagle putt but was left to rue leaving an 18-foot putt short at the last as he signed for a 64 at 13 under.

Watson bounced back from a bogey at the 12th to birdie the next and he was joined in a three-way tie at the top when Harman, playing alongside the left-hander, also birdied the hole.

Watson had a stroke of luck when a huge hook at the 15th took a kindly bounce out of the trees and into a bunker short of the green from where he escaped with par.

England's Paul Casey put himself in contention with a six-under 64 to move to 11 under.

Sergio Garcia is in a tie for eighth alongside four others after a 66, which included six birdies and a double bogey at the par-five 13th after the Spaniard found water with his tee shot.

Luke Donald is two shots further back overall on seven under after a 67, his best round of the week, while Scotland's Martin Laird is on six under. 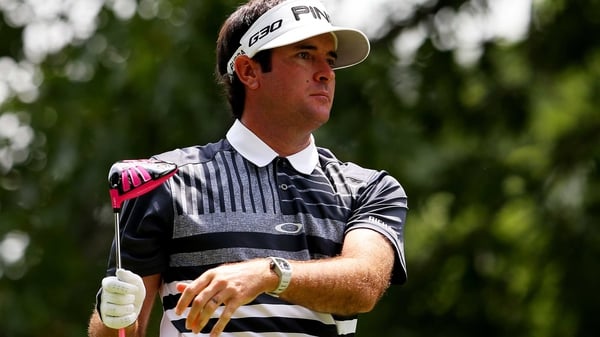