Levy threatened to take a stranglehold on the event when he birdied his first four holes at Tomson Shanghai Pudong Golf Club to storm into the lead on 11 under par.

However, those would prove to be his last birdies of the day and bogeys on the fifth, 14th and 15th meant the 24-year-old had to settle for a third round of 71 and a share of the lead with England's David Howell and Chinese pair Li Hao-tong and Wu Ashun on eight under.

Li, 19, who lost out in a play-off for the Shenzhen International on Sunday, had recovered from a bogey on the second with birdies at the fourth, sixth, seventh and ninth to delight the home crowd with a 69.

And Howell followed six straight pars with five birdies in seven holes from the seventh to boost his hopes of a first victory since the Dunhill Links Championship at St Andrews in 2013.

Sweden's Magnus A Carlsson, England's Seve Benson, Thailand's Prom Meesawat and Scotland's Richie Ramsay were all on six under, with Belgium's Thomas Pieters another shot back and overnight leader Julien Quesne four under after struggling to a 76.

"I started really well but after that I made a few mistakes," Levy admitted aftetrwards.

"On the back nine I was a little nervous because I was aggressive on my putts and made a few mistakes but I still enjoyed the day and it's nice to be in this position for the last day.

"It's three months since I played good golf and it was a shame for me not to qualify for the Masters. Now I am back into a good position which is nice and I like this feeling.

"The low scores came without the wind in the morning so to shoot six or seven under in the afternoon was very tough. But tomorrow I know there is more wind and it will be more difficult and you will need to use your head." 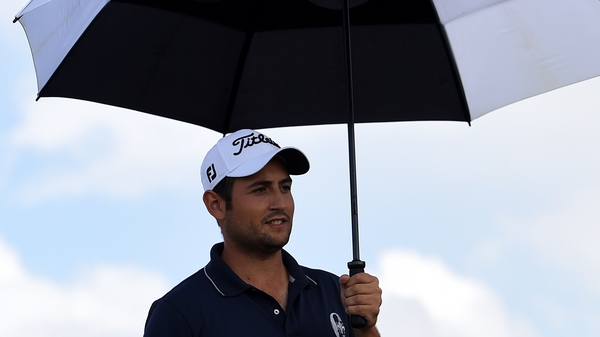