Rory McIlroy will begin his quest for a first-ever US Masters title alongside Phil Mickelson, a man who has won the major on three occasions.

The world number one will also play alongside Ryan Moore for the first two rounds at Augusta National. They tee off at 3.41pm Irish time (11.41am local time) on Thursday.

Shane Lowry's debut appearance will be with veteran Mark O'Meara and Chris Kirk, and is due to start at 5.31pm.

Darren Clarke will be the first Irishman in action as he plays with Vijay Singh and Russell Henley at 1.29pm.

Tiger Woods faces a lengthy wait before he can begin his bid for a fifth Masters title, having been drawn in the penultimate group for the opening round alongside Jimmy Walker and Jamie Donaldson, teeing off at 6.48pm.

A full look at tee times for Rounds 1 and 2 at The Masters. (via @pgatour_brianw) pic.twitter.com/LKZ2fb2jWA

With 98 players in the field, Charley Hoffman and Brian Harman make up the first group out in the tournament proper at 12.45pm, with Gary Player, Jack Nicklaus and Arnold Palmer again acting as honorary starters five minutes earlier, the legendary trio hitting tee shots on the par-four first before retiring to the clubhouse.

The final group tees off at 6.59pm and features three players ranked in the top 13 in the world, Australia's Jason Day, Spain's Sergio Garcia and Fowler.

Fowler finished in the top five in all four majors last year. 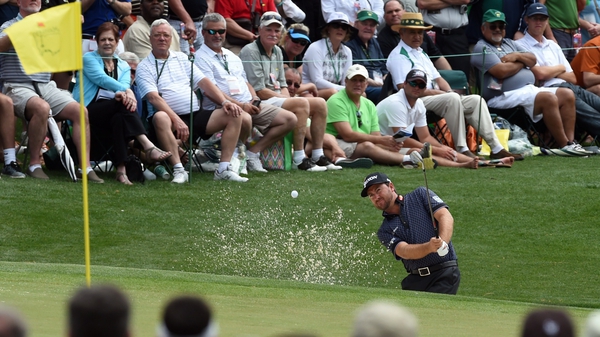